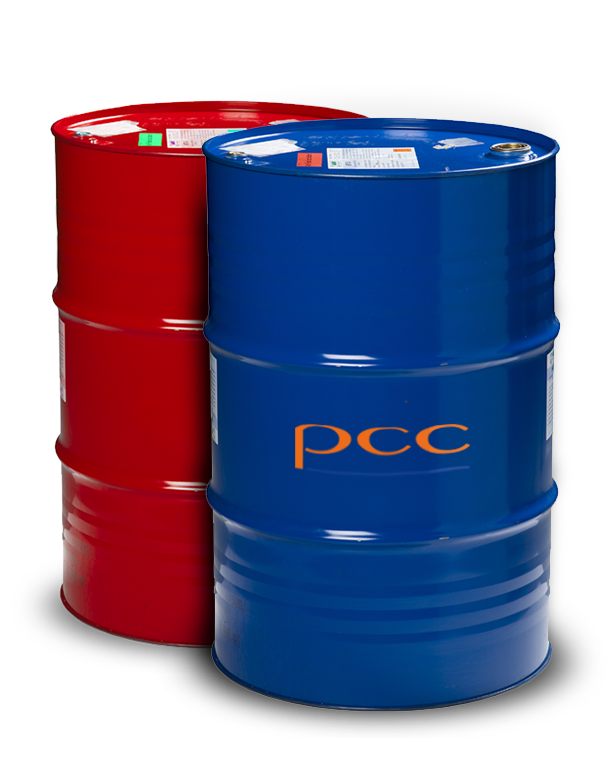 EKOPRODUR 3530B2 is intended for the production of structural elements of increased density with the use of rigid foam. It can be processed by means of high-pressure foaming machines. The obtained foam is characterized by increased fire resistance (flammability class E). Recommended density of the foam in a product is 40-60 kg/m3.

EKOPRODUR 3530B2 consists of two components, component POLY, which is a formula polyol mixture. The second component is ISO component, which is a dense mixture of aromatic polyisocyanates. Component ISO is a liquid with higher density and lower viscosity. Both components of the system do not contain suspensions.

In terms of processing, the product is quite versatile as it can be processed using both low- and high-pressure foaming machines. A characteristic feature of this system is the uniform density of the foam in the finished product, which should be at least 40 kg/m3. Insulation materials based on EKOPRODUR 3530B2 maintain good stability of parameters, even with continuous operation at temperatures up to -40°C and periodically up to 120°C.

An important fact is that EKOPRODUR 3530B2 does not contain foaming agents which significantly deplete the ozone layer. This is compliant with EU provisions on the marketing and use of controlled substances, according to Regulation (EC) no. 1005/2009 dated 16 September 2009. Moreover, the product has a Hygienic Certificate issued by the National Institute of Hygiene (PZH), which proves that the product used according to the manufacturer’s instructions has no negative impact on health and the environment.

Time of demolding of the foamed EKOPRODUR 3530B2 system depends on the size of a fitting (element) and temperature of the mold. The foam achieves its full mechanical properties after 24-hour seasoning. It is worth bearing in mind that in case of aluminum or stainless steel cladding it may be necessary to prepare the substrate mechanically or chemically to increase adhesion.

The product has a marine certificate, Bureau Veritas Marine & Offshore Certificate No. 12502/D0 BV -Bureau Veritas Rules for the Classification of Steel Ships

SyncoPol® MB520 SyncoPol® MB520 is aromatic nitrogen-containing polyether polyol with hydroxyl value in range 500-530 mgKOH/g and molecular weight ~440  g/mol. The product has  viscosity...
Composition
Polyether polyols
CAS No.
68610-97-9
Rokester®7525GT (Polyester polyol) Rokester® 7525GT is a polyester polyol. It exists in the form of homogeneous, colourless to pale yellow liquid. It has hydroxyl value within the range of 170-190...
Composition
Polyester polyols, Polyesters
Rokopol® F3600 (Block copolymer) Rokopol® F3600 is a polyether polyol, a block/statistical copolymer of ethylene oxide and propylene oxide based on glycerine. It exists in the form of homogeneous,...
Composition
Alkoxylated alcohols, EO/PO block copolymers, Polyether polyols, Triols
CAS No.
9082-00-2

POLIkol 400 (PEG-8)Caustic soda flakesPhosphorus oxychlorideEkoprodur S0329 Polyurethane systemCrossin® Attic Hard Foam - Spray thermal insulationSyncoPol® SS480
Assess the usefulness of information
4.3 (3)
Your rating
Share
All the above information related to the product are provided according to the best knowledge of the manufacturer and published in good faith. However, the manufacturer does not guarantee the information and contents of this document are complete and accurate, and shall not be liable for the results of using them. The user is obliged to verify and confirm the information and contents of this documentation on his/her own. The manufacturer reserves the right to change the content of this document at any time without stating reasons of such changes.
Send inquiry
Newsletter
Stay updated