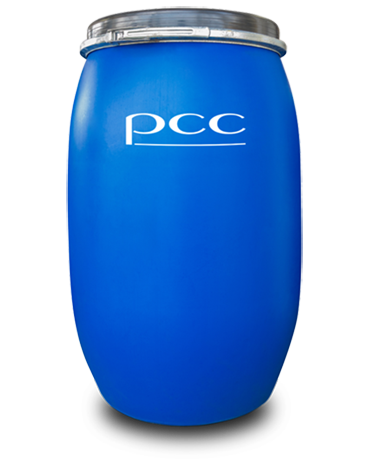 ROKAnol® GA8 belongs to nonionic surfactants of the type of ethoxylated fatty alcohols. The product co-creates a group of surfactants based on C10 Guerbet alcohol. It is a liquid or slip paste with a tendency to solidify at a temperature of about 20°C. However, at 50°C, the product takes on a bright colour, which is a maximum 50 on the Hazen scale.

The cloud point of the 1% ROKAnol® GA8 aqueous solution is between 54°C and 57°C. The product dissolves very well in water and short-chain alcohols, but is insoluble in acetone.

ROKAnol® GA8 is used as an intermediate for the preparation of washing, laundry, and cleaning agents, as well as an emulsifier. It can be used in the environment of oxidizing, reducing, and hard water agents. The product is active in cold water, as well as in acidic, neutral and diluted alkali baths. Together with ROKAnol® GA9 it is the most alkali-resistant product from the ROKAnol® GA series. It can be used in mixture with other non-ionic excipients and with anionic and cationic surfactants. In combination with alkyl sulphates and alkylarylsulphonates, it has a synergistic cleaning and cleansing effect.

ROKAnol® GA8 is used, among others, in liquid and powder laundry detergents, where its high detergency is used. The product is also used as a universal water-soluble surfactant in the production of hard surface cleaners. It is a component of such preparations as: detergents for cleaning bathrooms and kitchens, floor cleaning agents, glass cleaners, as well as car cosmetics. In order to form stable detergent formulations with a high electrolyte content, ROKAnol® GA8 can be mixed with hydrotropes or solvents (e.g., BDG, isopropanol).

ROKAnol® GA8 is a biodegradable product in the natural environment and meets the criteria of the directive on detergents.

ROKAnol® LK2A MB (Laureth-2) The raw material used for production ROKAnol LK2A MB is a derivative of palm kernel oil from certified crops. This product is RSPO Mass Balance certified.ROKAnol...
Composition
Alkoxylated alcohols, Ethoxylated alcohols
CAS No.
68439-50-9
Chemax AR-497 Chemax AR-497 is a moderate foaming nonionic surfactant. This product has excellent stability in alkaline and acid systems. It should be evaluated in industrial...
Composition
Alkoxylated fatty acids
CAS No.
8050-33-7
ROKAmid TW5P6 ROKAmid TW5P6 is an ethoxylated and propoxylated ethanolamide of fatty acids of animal origin. It belongs to the group of non-ionic surfactants. The product is in...
Composition
Alkoxylated amides

ROKAtend GLChemax E-400MOROKAfenol N8P14ROKAnol® O5 (Oleth-5)Sorbax PMO-20ROKAmin SR8 CONCENTRATE (PEG-8 Hydrogenated Tallow Amine)
Assess the usefulness of information
4.4 (15)
Your rating
All the above information related to the product are provided according to the best knowledge of the manufacturer and published in good faith. However, the manufacturer does not guarantee the information and contents of this document are complete and accurate, and shall not be liable for the results of using them. The user is obliged to verify and confirm the information and contents of this documentation on his/her own. The manufacturer reserves the right to change the content of this document at any time without stating reasons of such changes.
Newsletter
Stay updated