Graphene appears to be one of the most promising materials in the development of new technologies across a broad range of industries. Its invention in 2004 brought Andrei Gejm and Konstantin Novosiol the Nobel Prize in Physics. The international project “Graphene Flagship” was initiated by the European Union to develop further commercial applications of this unusual structure. Graphene – what it is and where it comes from

The breakthrough character of graphene lies primarily in its two-dimensionality. Physically, it is a layer of single carbon atoms arranged in a hexagonal pattern which is visually similar to a honeycomb. Graphene is therefore an allotrope of carbon.

In the 1940s, Phillip Russel Wallace developed the theoretical concept of creating a single-atom carbon structure. However, this idea has been rejected by most scientists for many years. It was not until six decades later that it could be turned into a real, tangible material.

The duo of Gejm and Nowosiolow from the University of Manchester managed to isolate graphene from a lump of graphite by transferring carbon atoms onto a layer of silicon dioxide (SO2) using an adhesive tape. Silica played an important role in this process, isolating a graphene layer with a neutral electrical charge. This method is currently only used on a small scale for research purposes. 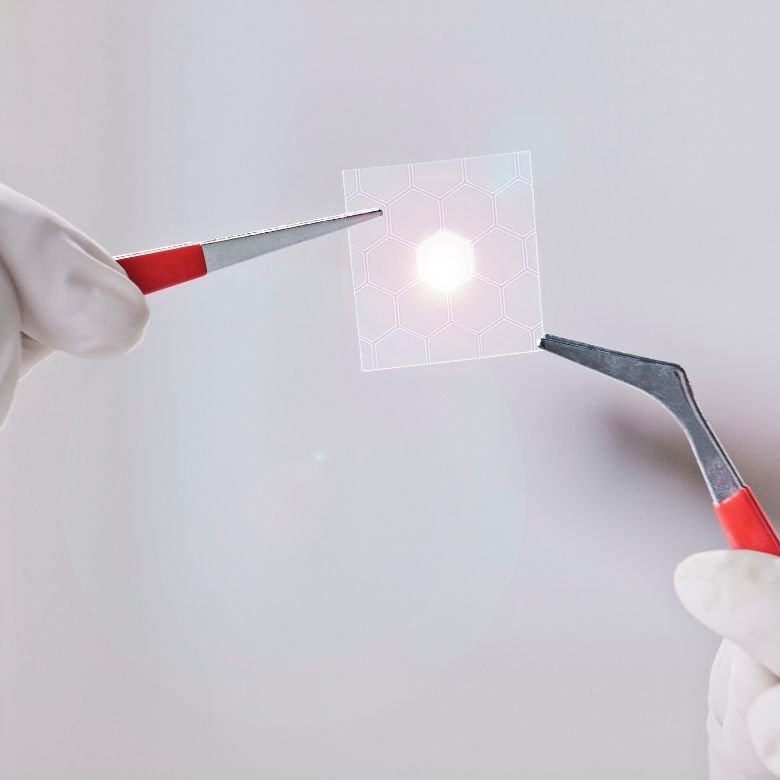 What is it about this ultra-thin layer of carbon atoms that has fascinated the scientific world? Graphene has proven to be an extremely good conductor of heat and electricity. It is also characterised by low active resistance. In this respect, it is a competitor for copper and silicon.

At room temperature, graphene electrons show mobility unprecedented in other materials. Their high velocity reaching 1/300th of the speed of light opens up interesting possibilities for use in diagnostics.

Graphene is also almost transparent – it absorbs 2.3% of white light. Therefore, its exceptional electrical potential goes hand in hand with the optical one. Despite its extremely thin structure, graphene is up to 100 times stronger than steel. At the same time, it retains a high level of flexibility (up to 20% stretchability in length or width).

An oxidized graphene membrane is completely impermeable to gases, yet permeable to water, thus it can be used for filtration. The antimicrobial properties of the material are also noteworthy.

The electronic, optical, thermal and mechanical properties of graphene have opened the door to its many practical commercial applications, which according to experts, will develop dynamically in the next decades.

Already today, graphene is considered the successor of silicon in the electronic area. This transparent and flexible conductor can be used to manufacture photovoltaic cells, rollable displays and touch panels as well as LED lights. It also significantly increases the frequency of electromagnetic signals, enabling the production of faster transistors.

Graphene sensors are also attracting considerable interest. Thanks to exceptional sensitivity, they can detect single molecules of hazardous substances, thus making it easier to monitor the environment. Graphene oxide distributed in the air also has the ability to remove radioactive contaminants.

The prospect of developing new products with graphene increases every year Existing applications with the greatest potential include:

Additionally, there is speculation about the prospective use of graphene for the production of lighter and more durable structural components for cars, aircraft, ships and devices. In combination with artificial materials (e.g. rubber), it could be used to create, for example, thermally conductive rubber. Based on graphene, an extremely strong paper capable of conducting electricity has already been developed. 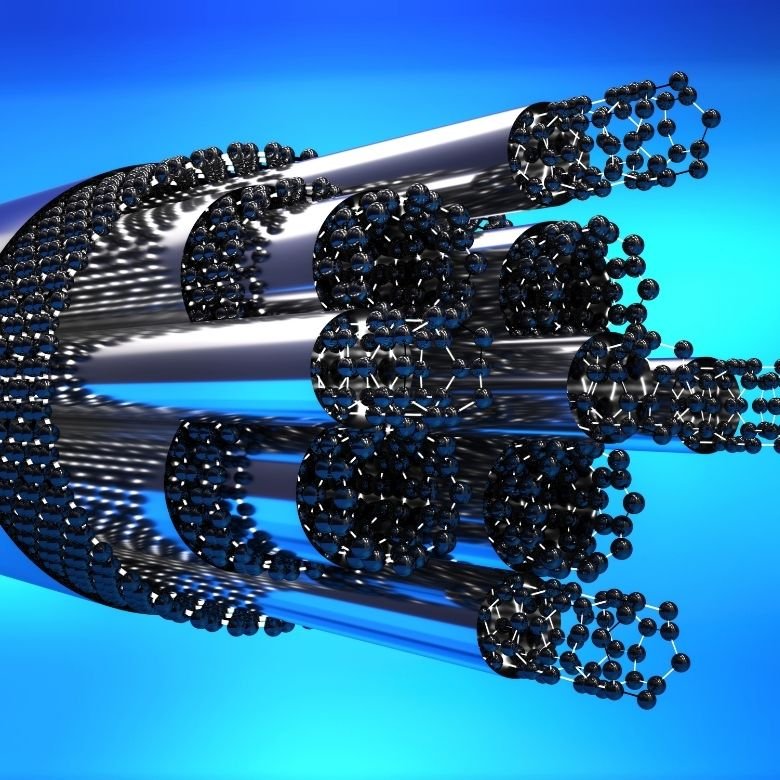 Noteworthy is also the possibility of using graphene in the field of biomedicine, both in diagnostic and therapeutic areas. As a medicine carrier, graphene oxide is characterised by high biocompatibility and excellent solubility. This allows for precise dosing of anti-inflammatory and anti-cancer agents as well as enzymes and mineral substances.

Because graphene is a perfect heat conductor, it is also used to destroy cancerous tumours. The phenomenon of thermolesion enables the use of the heat accumulated by it to reduce pain in tissues. Work is already underway on the production of heated medical accessories and clothing.

Graphene sheets are also used as biosensors and can help diagnose cancer and neurological diseases (e.g. epilepsy or Parkinson’s disease) with portable devices. The graphene probe developed by the Poles is expected to revolutionize ECG testing by allowing measurements from the heart level.

The antibacterial properties of graphene also provide an opportunity to solve the crisis related to the growing insensitivity of bacteria to antibiotics. Graphene can be used as a basis for the development of agents intended for topical infection control and wound disinfection.

Since 2014, graphene has been produced on a larger scale for commercial purposes. New micromechanical techniques have enabled significant price reduction of the material. Currently, its leading producers are the USA and China, where significant quantities of cheap amorphous graphite can be found.

Desired in the area of electronics, premium graphene must be produced from graphite of sufficiently quality and this requires flat, ordered crystals acquired in special processing. The price of the material is then correspondingly higher.

Korean researchers have managed to develop an efficient and cost-effective way of producing graphene by chemical vapour deposition (CVD). The disadvantage of this solution is a lower quality of the material and higher frequency of defects. However, in some applications, this does not pose a problem.

Poles have also contributed to the development of innovative methods of graphene production. The Institute of Electronic Materials Technology in Warsaw holds a patent for producing the material from silicon carbide. In 2015, researchers from the University of Lodz, Poland, developed a breakthrough HGSM technology enabling the production of high-quality large-format sheets from the liquid phase. 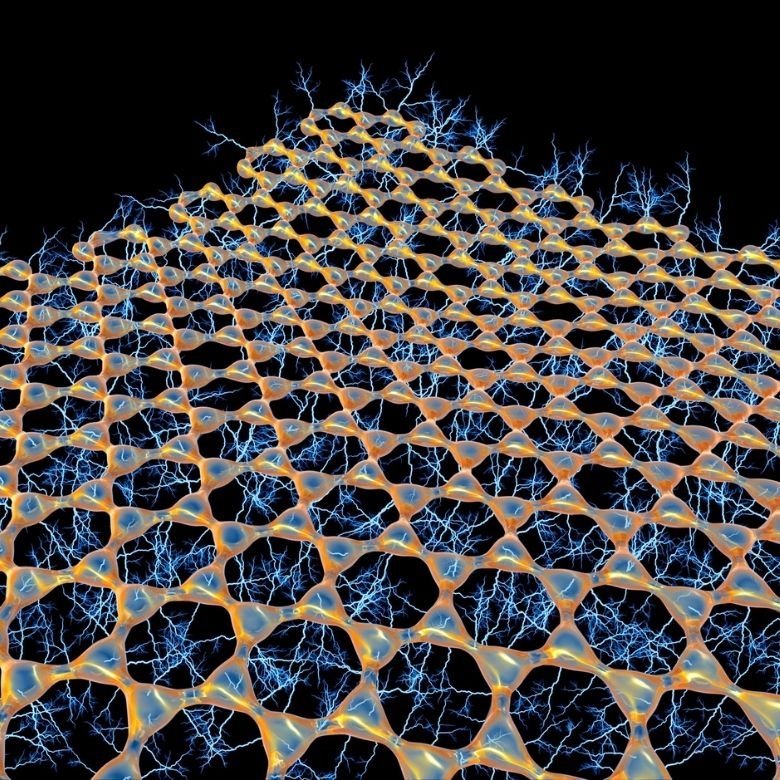 As a relatively new material, graphene raises understandable doubts in the context of the possible effects on human health. There are even claims that the thin and light structure of graphene easily gets into the lungs, posing a threat comparable to dust or even asbestos fibres. Chinese studies even suggest that nanoparticles of two-dimensional carbon can settle in internal organs.

There is also a theoretical risk that graphene, by entering surface and groundwater, could be harmful to plants and animals. The fine particles can settle on the edges of bodies of water and increase water hardness levels.

However, according to current knowledge, graphene is not toxic and has no affinity for hazardous substances. Its quantities, and thus potential exposure, are also extremely low or even negligible. In contact with the skin, it does not exhibit irritant properties. Also, international studies show that inhalation does not cause adverse immunological reactions.

There is a general consensus in the scientific community on the need for further research into the properties and applications of graphene, including its safety. This will allow optimising methods of using the innovative material with a view to long-term effects on humans and the environment.

Table of Contents
Check similar articles
More from the PCC Group
Nitric acid (V) – characteristics, uses and hazards
Read more
TOP 10 discoveries and events in chemistry in 2021
Read more
Lubricants – essential for proper performance of machines and equipment
Read more
Explore the world of green chemistry with the PCC Group
Read more on the PCC GREENLINE® blog
Are electric cars eco-friendly?
Read more
What is carbon footprint and how can we reduce it?
Read more
The effect of carbon dioxide on plant life
Read more
Comments
Join the discussion
Cancel reply
There are no comments
Assess the usefulness of information
- (none)
Your rating
Newsletter
Stay updated