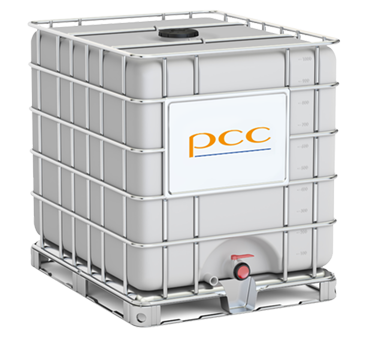 Sodium hydroxide is an inorganic chemical compound of the hydroxide group, belonging to the strongest alkali. In liquid form it is a colourless, odourless and non-flammable product called caustic soda liquid. It belongs to a group of basic raw materials, so it is used almost in every industry.

Sodium hydroxide in the PCC Group is produced in the process of membrane electrolysis and delivered to the market in a 49% to 51% solution. The resulting product is characterised by high quality and purity, thanks to which it has obtained the PZH certificate. The product also fulfils the requirements of the latest edition of European Pharmacopoeia, which defines basic quality requirements and research methods, among which are pharmaceutical raw materials.

EXOstab TSA EXOstab TSA is a special multi-ingredient mixture intended for spraying foams foamed using water. The product is a clear liquid with a coagulation temperature of...
Composition
Alkoxylated nonylphenols
Dodecylphenol Dodecylphenol is a dense, viscous, light yellow liquid with a characteristic phenolic odour. It is a mixture of isomers containing mainly para-dodecylphenol. Dodecylphenol...
Composition
Alkylphenols
CAS No.
121158-58-5
ROKAnol® IT5 (Isotrideceth-5) ROKAnol® IT5 is a nonionic surfactant from the group of ethoxylated fatty alcohols called INCI Isotrideceth-5. It belongs to the group of surface-active products...
Composition
Alkoxylated alcohols
CAS No.
69011-36-5

Silicon metal (PCC BakkiSilicon)Oleic acid adductPhosphorus trichlorideCaustic soda flakes pharmaceutical grade (PF)Chemax PEG-200Caustic soda lye 50% solution
Assess the usefulness of information
4.6 (15)
Your rating
Share
All the above information related to the product are provided according to the best knowledge of the manufacturer and published in good faith. However, the manufacturer does not guarantee the information and contents of this document are complete and accurate, and shall not be liable for the results of using them. The user is obliged to verify and confirm the information and contents of this documentation on his/her own. The manufacturer reserves the right to change the content of this document at any time without stating reasons of such changes.
Send inquiry
Newsletter
Stay updated