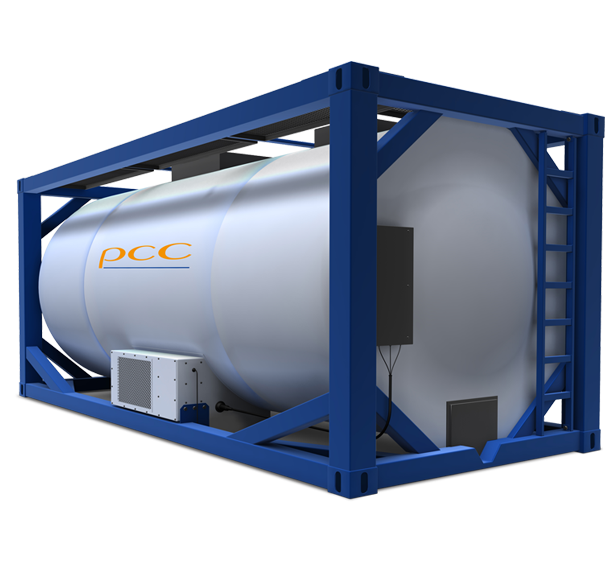 ISO 45001
See other variations of this product
Silicon tetrachloride

Silicon tetrachloride is a product of technical purity (99.6%) with the amount of free chlorine not exceeding 0.2%. It is used as a raw material/intermediate in the production of metallurgical grade silicon, silica and other silicon-based substances.

Tetrachlorosilane is also of great importance in the electrochemical, photovoltaic and optical fibre industries. The product is a precursor in the process of pure silicon synthesis, used for the production of semiconductors and silicon anodes in lithium-ion batteries. Purified tetrachlorosilane is used as a raw material for the production of optical fibres, silicon wafers and semiconductors.

The product is also used as a cross-linking agent in the processing of styrene-butadiene rubber (SBR). In analytics, it is used for chemical analysis and smoke screens, and for the production of various silicon-containing chemicals.

Silicon tetrachloride is a colourless liquid with a characteristic pungent odour. It is broken down by water into hydrochloric acid with the release of heat. The product is corrosive to metals and tissues in the presence of moisture.

It is miscible with toluene, benzene, chloroform, carbon tetrachloride, petroleum ether, ether and hydrochloric acid. It is a transparent liquid at standard temperature and pressure. The product reacts violently with water, moreover it is caustic and toxic. It does not ignite spontaneously at temperatures below 650°C, nor is it explosive and it does not oxidise.

MCAA Flakes UP (Monochloroacetic acid) MCAA Flakes UP is a product of the highest purity available, in which the DCAA content does not exceed 90 ppm. It is intended for use primarily in pharmacy in processes...
Composition
Chlorine derivatives
CAS No.
79-11-8
Rodys K Rodys K is an aqueous solution of sodium salts of naphthalene sulfonic acid and formaldehyde polycondensates. It is a low-viscosity, brown-coloured liquid, and among...
Composition
Naphthalene derivatives
CAS No.
9084-06-4
EXOcon B27 EXOcon B27 is a specialist mixture of anion surfactants. It is intended for industrial applications, where the use of products with high detergency and foaming properties...
Composition
Mixtures

Silicon tetrachloride (CAS 10026-04-7) is without doubt a substance without which it is difficult to imagine the modern world. The development of modern technologies and widespread computerisation would not have been possible without this compound. Although the end-uses of SiCl4-based products vary, ensuring an uninterrupted supply of this raw material, which is an intermediate product in many sectors of the economy, is fundamental to guaranteeing global development.

SiCl4 is the chemical formula of silicon tetrachloride. It is a substance characterised by a number of properties that are extremely important for the industrial use of this raw material.

Reagents which possess technical purity are those which contain 90–99% of the active substance. They are of high importance for industry. Distributors of technical grade silicon tetrachloride offer a product which is contaminated with a small amount of free chlorine. Usually its amount in the final product does not exceed 0.2%. It can be successfully used as a raw material or intermediate product in the manufacturing of metallurgical silicon, silica or other silicon-based substances.

Situation on the raw materials market

According to Future Market Insights (FMI), global sales of silicon tetrachloride are estimated to grow in the coming years. They will increase by 4.5% during the period 2022–2027. The market is expected to reach a value of over USD 2.846 million by the end of the forecast period. FMI has published a new study entitled “Silicon Tetrachloride & Derivatives Market: Global Industry Analysis 2012–2021 and Opportunity Assessment 2022–2027”. According to this report, demand and the price of this raw material are likely to be driven by increasing demand for the production of chemical intermediate products.

The increasingly frequent use of SiCl4 in China can be attributed to the lucrative growth of the solar industry in that region. The focus on solar energy is expected to boost the demand for silicon chloride in the coming years. In addition, the snowball effect of the semiconductor industry and growing advances in the field of industrial paints and coatings will only strengthen this effect.

The price of silicon tetrachloride is influenced by factors such as the high demand for smartphones and other portable multimedia devices, development of advanced communication devices, growing use of optical fibres in the aerospace, oil and gas industries and the launch of 5G services. The development and growing importance of this raw material depends on the integration of the latest production technologies with dynamic investments on a global scale.

In which industries can we find tetrachlorosilane?

Silicon (IV) chloride is widely used in many industries. Its various applications include the production of many silica-based materials with high added value, such as foamed silica, optical fibres and ethyl silicate.

Other uses include the following areas:

Silicon tetrachloride is used only under highly controlled laboratory and industrial conditions, where specific safety rules must be created and followed. The production and use of SiCl4 does not pose any significant risk to humans or the environment if the instructions contained in the safety data sheet, as well as applicable legal requirements, are followed.

Silicon tetrachloride in the production of optical fibres

Fibre optic technologies are becoming more and more popular every year. Few of us realise that the Internet, which we use everyday, is a source of enormous pollution of the environment. Thanks to optical fibres, it is possible to significantly increase the range of data transmission compared with traditional techniques. Also, by eliminating a number of devices, we limit the creation of waste, save energy and reduce the emission of greenhouse gases.

One of the most important ingredients in the production of optical fibres is high-purity silicon tetrachloride, usually 6N. It has recently been included in the portfolio of the PCC Group. Its quality has a significant impact on the final product. It is estimated that about 85% of optical fibres are produced from imported raw material. Purification of this compound with the chemical formula SiCl4 is not an easy task. Many countries have developed methods to effectively remove impurities such as metallic ions. But the same methods are not effective if we want to get rid of hydrogen impurities.

Optical fibres consist mainly of the element silicon, although a number of other substances are often added. In the outdated crucible method, highly purified, powdered silica was used. Today, liquid silicon tetrachloride is the primary source of silicon. It is deposited in the gas phase method, in a gaseous stream of pure oxygen. Other chemicals, such as germanium tetrachloride (GeCl4) and phosphorus oxychloride (POCl3), can be used to produce core fibres and outer coatings, or cladding, with function-specific optical properties.

Producing optical fibres of unique quality requires every stage of production to be conducted at the highest level. It is important to provide high-quality raw materials and semi-finished products. Therefore, we should choose manufacturers and distributors who can guarantee this. Quality control of any optical fibre manufacturing process starts with the suppliers of the chemicals used as the raw materials for the substrate rods, chemical reactants and fibre coatings. Suppliers of specialty chemicals provide detailed chemical analyses of the components, which are constantly monitored by computerised analysers connected to process vessels.

PCC Rokita SA is one of the largest chemical companies in Poland as well as Central and Eastern Europe. Its activity includes the production of chloroalkali, polyether polyols, polyalkylene glycols and phosphorus derivatives. PCC Rokita S.A., as a distributor and supplier of ultra-pure silicon tetrachloride, guarantees products with very high effectiveness and low CO2 emission. The carbon footprint of the production technology is minimised, which helps to protect the environment.