We are very familiar with silicones, aluminium alloys and photovoltaic panels. But did you know that all of them contain silicon metal? What is silicon metal? How it is produced? What are its applications? We will answer these questions in our article. 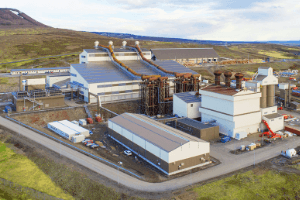 The plant in Bakki produces silicon metal with a very high content of pure silicon (Si ≥ 98.5%). Raw materials for this production include quartzite (naturally occurring mineral made of silicon dioxide, SiO2), as well as coal and wood. Silicon metal is produced a temperature of approx. 2000C in electric submerged arc furnaces. Quartzite, the key raw material, mainly comes from a Polish mine owned by PCC Silicium SA, which is located in Zagórze near Kielce. The plant in Iceland has special filtration devices, that almost entirely remove dust from the air generated during the production. During the process, two additional products are formed – MicroSilica and silica slag, which are also sold.

During the process, the majority of quartz (SiO 2) is reduced by carbon (C) to silicon carbide (SiC), which is a reducing agent for the remaining part of quartz that has not reacted in the arc electrodes.

The chemical reaction is as follows:

The final stage of the chemical reaction can be described as follows:

During this last reaction, pure silicon is formed which is taken out of the furnace in the form of silicon metal. 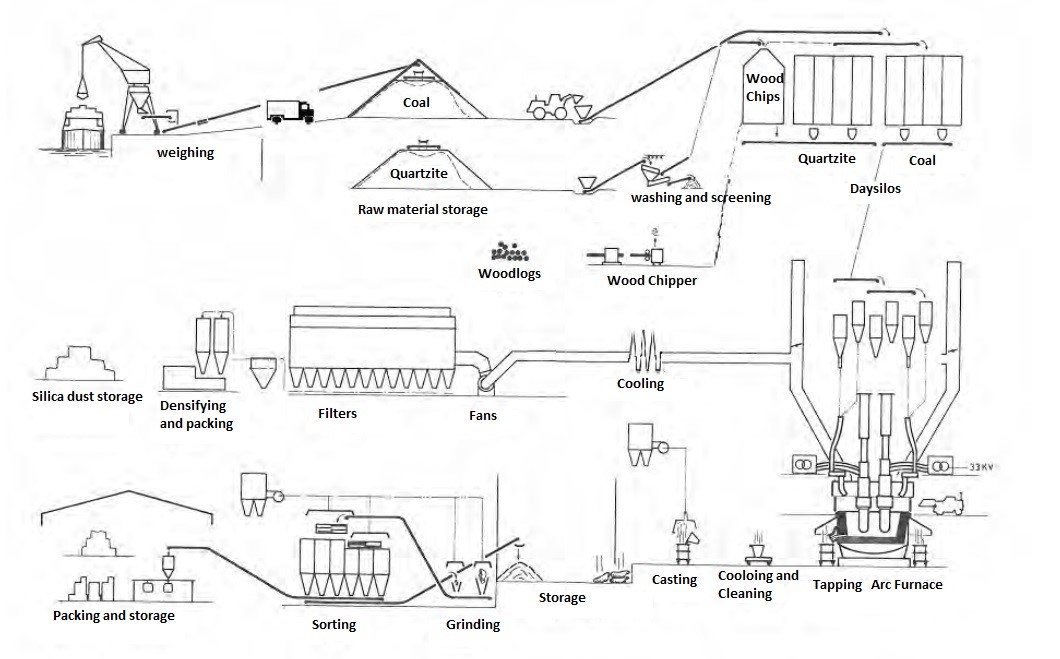 Molten silicon metal is extracted from the furnaces to crucibles, which are transferred to the foundry, where the process of refining and ingot casting takes place. After cooling, the ignots are pre-crushed and temporary stored in the furnace area. Then, the product is transferred to the crushing stage and in this form it is packaged for transport.

Silicon metal, as mentioned above, is a component of aluminium alloys and it is used by the chemical industry for the production of silicones. It is also popular in the electronics industry and the solar energy sector (solar panels, silicon chips, semiconductors). It improves the properties of aluminium, such as strength, hardness or fluidity. The addition of silicon metal makes aluminium alloys strong and lightweight. Silicon metals are also useful in the automotive industry as substitutes for heavier parts made of cast iron. Alloy wheels and engine blocks are the vehicle parts, which are very often produced as aluminium casts with added silicon. Silicon metal is a key raw material for many industries. Without silicon we wouldn’t be able to use computers, solar panels and many construction products. The new PCC plant, which produces silicon metal, uses only green energy from geothermal sources that Iceland is famous for. This allows us to offer the highest quality silicon metal, produced with three times lower carbon dioxide emissions in comparison to other factories.