What are noble gases and what are they used for?

Everybody must have heard about noble metals such as gold, platinum or silver. But then very few people know there are also gases called noble. They include, e.g.: helium that we readily associate with country fair balloons or neon that is ubiquitous in city streets. What properties do noble gases have and where are they used? Here is a handful of the key facts. 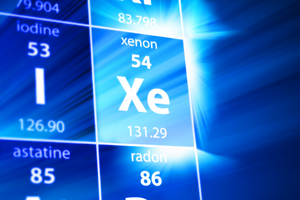 What are noble gases? Crucial information

What are noble gases? They are known as helium-group gases (named after the element helium), i.e., volatile substances with a low molecular weight. If you take a look at atomic models of noble gases, you will notice right away that they have a very simple, single-atom structure and do not form large clusters or molecules.

Noble gases are distinguished first of all by lightness and reactivity that is close to zero. These elements are present in an elemental state in the universe. On the other hand, relatively low amounts of them are present on Earth; they are mostly produced under laboratory conditions and in dedicated production plants. How can we obtain a noble gas? To this end, lab technicians use the method of distillation of liquefied air.

What noble gases have been discovered over the last 200 years? This is a short list. Search for ‘periodic table’ in a web search engine and check out the last– 18th – column. The group consists of 6 elements:

The above-mentioned elements may form part of various chemical compounds, oxides and oxy-acids.

The physical and chemical properties of noble gases

What should you know about the physical and chemical properties of noble gases? Doubtless the substances belong to the most highly valued and intriguing elements known to people. As the name suggests, noble gases have a volatile physical state and are lighter than air. What features do helium-group gases have in common? The elements are:

Do noble gases dissolve in water? These elements are poorly soluble in an aqueous environment.

A noteworthy issue is the reactivity of helium-group gases. Are noble gases chemically active or inactive? Interestingly, they do not participate in chemical reactions with other elements (hence they are chemically neutral). The heavier a gas is, the higher its capacity to react with other molecules is. Why are noble gases not very chemically active? This is due to the fact that their valence shell contains a full set of paired electrons, which automatically makes it impossible to form new pairs. The presence of full electron shells also explains why noble gases do not have electronegativity. They are stable and do not attract external electrons. 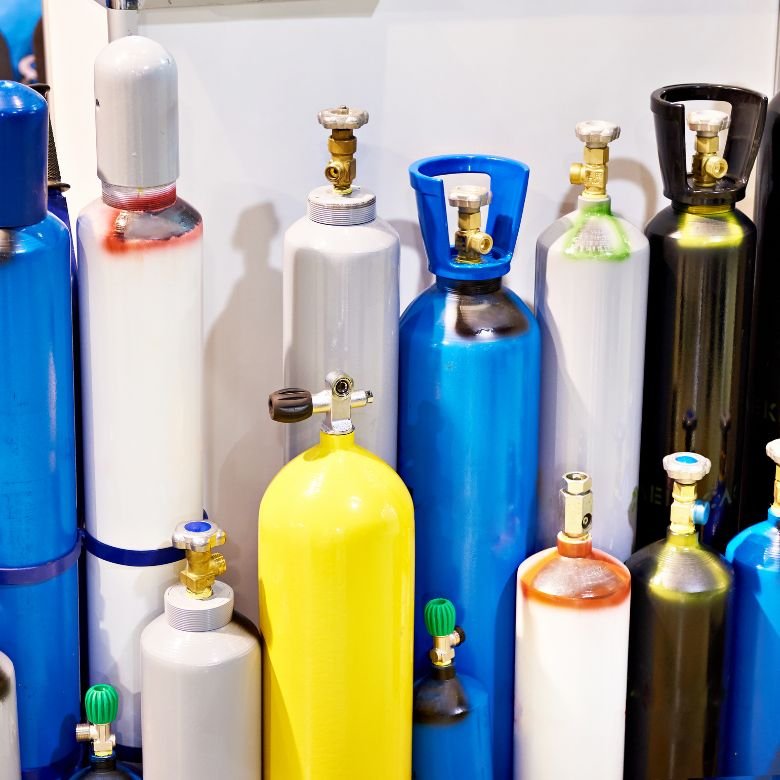 Noble gases and their electron configuration

The electron configuration is the record of the atomic structure of different elements and the arrangement of electrons on their shells. What is the structure of helium-group gases? They have an extremely simplified diagram of the electron configuration – the simplest one is for helium: 1s2 (letter s stands for an atomic subshell). Xenon (4d10 5s2 5p6) or argon (1s22s22p63s23p6) and the other noble gases have a more complex structure with several shells and varying numbers of electrons.

The density of noble gases

As regards the properties of gases, we cannot overlook their density. Helium is a noble gas with the lowest density, which is 0.1785 kg/m³, making it approximately 7 times lighter than air! For comparison: the density of argon is 1.635 kg/m³, of neon: 0.824 kg/m³, of krypton: 3.430 kg/m³, of xenon: 5.396 kg/m³ and of radon: 9.078 kg/m³. The specified differences in density are quite high, contributing to a great variety of applications of noble gases.

In the Internet you can frequently encounter questions such as: In what colours do noble gases glow? What you need to know however is that noble gases do not emit any colours by themselves. They are colourless, aren’t they? The shade of a gas appears due to electrical pulses. Subsequently helium produces a bright yellow light, neon is orange and argon is blue. When exposed to electricity, krypton becomes green, while xenon becomes blue, white or violet.

Are noble gases flammable and do they conduct electrical current?

One of the key chemical properties of noble gases is their non-flammability and lack of conductivity of electric energy. The volatile substances are thus entirely safe even in such plants that have a high risk of ignition and/or fire. They are great conductors of thermal energy; they shine but do not burn; therefore, they are used for diverse purposes in our daily life.

The use of noble gases: argon, helium and neon

The elements of helium, argon and neon have fascinated scientists and investors since the 19th century. Humankind is constantly pursuing possible applications of noble gases that we only started to make large-scale use of in the 20th century. You come across the elements He, Ar and Ne every day. They are contained in many different articles that you use – here is a short analysis of what noble gases are used for:

You probably associate it with balloons for children floating in the air during parish or country fairs – you are certainly right to do so, as helium is sold as a gas for filling balloons. It makes the colourful balloons fly up so high. The element is also used:

As the lightest gas, helium is also used in labs as a carrier for various substances. The element is also used in industry for diagnosing leakages in installations, tanks, etc.

When you can hear: ‘neon’, you can see in your mind’s eye a luminous store sign or bright advertising signs in the city. No wonder, neon is not only the name of an element, it is also an electric glow tube (an advertising or ornamental one), made of colourful tubes, that has been known since the early 20th century. What should you know about the applications of neon? It is now used mainly to produce:

Argon gas was discovered towards the end of the 19th century. At the moment, it is used, e.g., in the production of light bulbs, energy-efficient windows and semi-conductors. With argon, it is possible to generate a protective atmosphere in different technological processes such as packaging or welding. It is also invaluable in laboratories and chromatography; it is useful in the processes of separating various substances. Noble gases – the use of xenon, krypton and radon

The subsequent elements in the helium group are: xenon, krypton and radon. Where are those noble gases used? The use of the elements Xe, Kr and Rn in industry and medicine is truly impressive. Here is a brief overview of the applications of those gases:

Scientists and business people keep on discovering new properties and applications of noble gases. Research is conducted into helium-group gases, which prove to be invaluable for medicine and aviation, automotive industry and even for interplanetary transport! Light and unreactive gases have a huge potential and undoubtedly are one of the most promising raw materials of the future.

In the age of scientific development, we, as humankind, would like to know everything about noble gases, so that we can fully exploit their properties. The helium-group gases that people have known for only around one hundred years still remain some of the most mysterious elements. What fun facts are related to noble gases? What facts and myths should you know about helium-group gases? Check out the following:

In the helium group, radon is the heaviest gas and it is radioactive. It is naturally present in minerals, soil, water and rocks from where it penetrates the atmosphere. The element is easily inhaled into the human lungs, as its small amounts are present in almost every building. According to information available on the website of the Polish State Sanitary Inspectorate, the permissible concentration of radon indoors is 300 Bq/m3/ year. So where does the probability of getting lung cancer grow? It grows in buildings that are poorly ventilated, that have leaky plumbing or are located in geologically unstable areas or near rocks containing uranium.

Oganesson is also classified in the helium group.

Oganesson (Og) is one of the latest elements; it was discovered 20 years ago. What do we know about it? The substance was obtained synthetically and has an atomic number of 118. Officially, the element was only included in the periodic table in 2016, but it is not yet fully known and studied. The scientific community classifies it provisionally as a noble gas and transuranic element, i.e., a radioactive element whose atomic number exceeds 92.

Helium – the gas that changes the human voice

How come several gulps of helium changes your voice beyond recognition? Helium makes sounds leave the vocal cords faster. As you pump this noble gas into your lungs, you start talking in a tiny voice that reminds one of the voice of a baby or of cartoon characters. Obviously, we should remember that helium may be harmless, yet if you inhale it into your lungs for too long, you may get hypoxia.

Table of Contents
Check similar articles
More from the PCC Group
What is aqua regia and what is it used for?
Read more
Aluminium hydroxide: how it is obtained, and what properties and uses it has
Read more
Can polyols be used instead of sugar? The use of glycitols in the food industry
Read more
Explore the world of green chemistry with the PCC Group
Read more on the PCC GREENLINE® blog
How should you keep waste records?
Read more
What is hazardous waste? Definition and types
Read more
What is ecology? Everything you need to know!
Read more
Comments
Join the discussion
Cancel reply
There are no comments
Assess the usefulness of information
- (none)
Your rating
Newsletter
Stay updated