Hydrogen peroxide, a substance with many applications 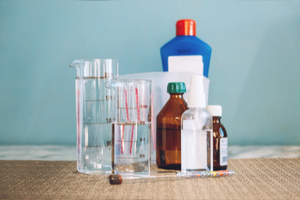 The hydrogen peroxide solution in the cosmetics industry

Hydrogen peroxide is a chemical substance with a strong oxidising effect. This beneficial quality has significantly contributed to the use of hydrogen peroxide in cosmetics. It is, of course, used at low concentrations and under strict supervision.

Hydrogen peroxide is present in all organisms. It is essential for regulating bio-organic processes. Additionally, it serves an important role in detoxifying the body. It oxidises toxins and bacteria, and creates a protective barrier against viruses. When properly used in cosmetics, a hydrogen peroxide solution improves their effectiveness and makes them more readily assimilated by the body.

Hydrogen peroxide is most commonly used in cosmetics applied directly to skin. This is a result of its properties, as it slows down the ageing process, makes the skin firmer and purifies it. That is the reason why small amounts of hydrogen peroxide are commonly used, for example, in anti-acne liquids and creams.

A hydrogen peroxide solution is added to oxidising cosmetics. Their role is to improve skin firmness and cleanse skin pores, a job in which this substance excels. Even a small amount significantly improves the process of nutrient assimilation by skin.

Hydrogen peroxide is of course only one of the ingredients in cosmetic formulations, you can find out more about other cosmetic raw materials from the range available on the PCC Group Product Portal. 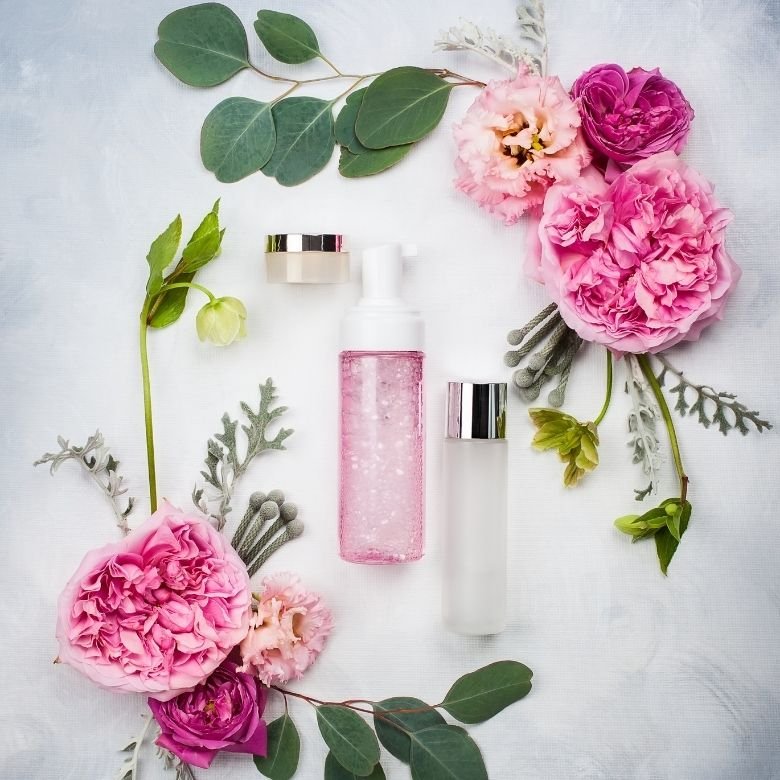 The 35% hydrogen peroxide solution is one of the most popular substances used in production of cleaning chemicals. This solution is highly corrosive on living tissues, which is why it is mainly applied in chemicals used for cleaning and disinfection.

The solution has also found wide use in the construction and food industries. It can be used to clean surfaces and remove impurities, for example in sewer pipes and ventilation ducts.

The 35% solution is a powerful bleaching agent, which is why it is commonly used in the textiles industry. It is utilised not only for production of textiles and clothing but also at the cleaners, where it is employed to bleach fabrics and remove persistent stains.

However, it is not only perhydrol that is used to produce this type of product. You can find more available chemicals and high quality finished formulations in the PCC Group product catalogue.

In most households hydrogen peroxide is found in the form of a safe 3% solution. This product is used to treat wounds and for disinfection purposes. However, it has other applications in addition to its pharmaceutical uses.

For years, hydrogen peroxide has been used to remove persistent stains and dirt, especially from fabrics and carpets. Stains from blood, rust or certain kinds of fruits can be quickly and effectively removed with the application of the 3% solution.

In a way, modern civil engineering standards eliminate the risk of fungi growing and spreading on building walls. However, old buildings and high humidity foster the growth of dangerous fungi. Hydrogen peroxide is perfect for eliminating them. A small amount of hydrogen peroxide stops fungal growths and allows them to be completely eliminated afterwards.

Persistent stains on walls or panels? No problem for hydrogen peroxide. Just a small amount of the 3% solution will do. Simply clean the spot with a wet cloth later, and your wall or floor will be stain-free again.

Substance for almost everything

What is hydrogen peroxide? You could say this substance can handle anything. It can disinfect wounds, clean, bleach, and dye.

Hydrogen peroxide is one of those substances that are commonly used in industry, medicine, pharmacy, and households.

Table of Contents
Check similar articles
More from the PCC Group
Operation, benefits and drawbacks of photovoltaics
Read more
3% hydrogen peroxide solution - an essential element of your home first aid kit
Read more
Acetic acid – unique properties and applications
Read more
Explore the world of green chemistry with the PCC Group
Read more on the PCC GREENLINE® blog
Are electric cars eco-friendly?
Read more
What is carbon footprint and how can we reduce it?
Read more
The effect of carbon dioxide on plant life
Read more
Comments
Join the discussion
Cancel reply
There are no comments
Assess the usefulness of information
- (none)
Your rating
Newsletter
Stay updated