The silicone revolution in industry

Construction, cosmetics, medicine – these are just some of the industries where silicones are used. This remarkable polymer has achieved immense popularity due to a number of its properties. In this article we present the characteristics of silicone and its relation to silicon metal. 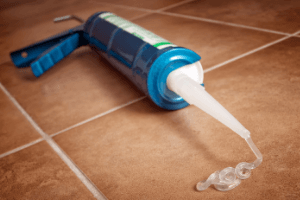 Silicones belong to the organosilicon polymer group. They have the structure of siloxanes, which are characterized by silicon atoms that connect to alkyl groups (in this case usually ethyl or methyl) or aryl groups (most often phenolic). The English scientist Frederic Kipping became famous for its discovery. He created many pioneering works on silicone polymers and introduced the term “silicone” into common use.

Properties and usage of silicones

Silicones are distinguished by high chemical and thermal resistance, good electrical insulation, non-flammability, resistance to ultraviolet radiation and very good lubricity. These properties allow them to be used in the production of oils and greases, silicone rubbers, sealing and bonding materials and lacquers. It is also widely used in medicine, such as in the production of implants, catheters, dressings, as well as silicone hydrogel lenses. It is often found in the cosmetics industry. It can act as a form of hair protection and to give shine in shampoos or conditioners as well as an addition to foundations. Of course, silicone is known for its durability and ease of production, which is why it is also used in textiles and many branches of the construction industry.

Silicon metals in the production of silicones

Silicon atoms are the basis for the structure of silicones. Therefore the chemical industry often uses silicon metals in production processes. One of the huge plants that manufactures silicon metal is located in Bakki. It is produced from a synthesis of quartzite, coal and wood. The formation process takes place in resistance arc furnaces at a temperature of approximately 2000oC. As a result of the reactions, two by-products are also formed – microsilica and silica slag, which also have multiple purposes and are used in many industries.

The plant in Bakki forms part of the PCC Group. Thanks to this, we can offer proven quality silica metal and microsilica. Their manufacture is exclusively based on ecological energy that comes from geothermal sources located in Iceland. As a result, the emission of carbon dioxide during production is a third that of other plants. If you are a manufacturer of silicones, or have an industrial use for silicon metal and microsilica, then we recommend that you review what we offer on the Product Portal.