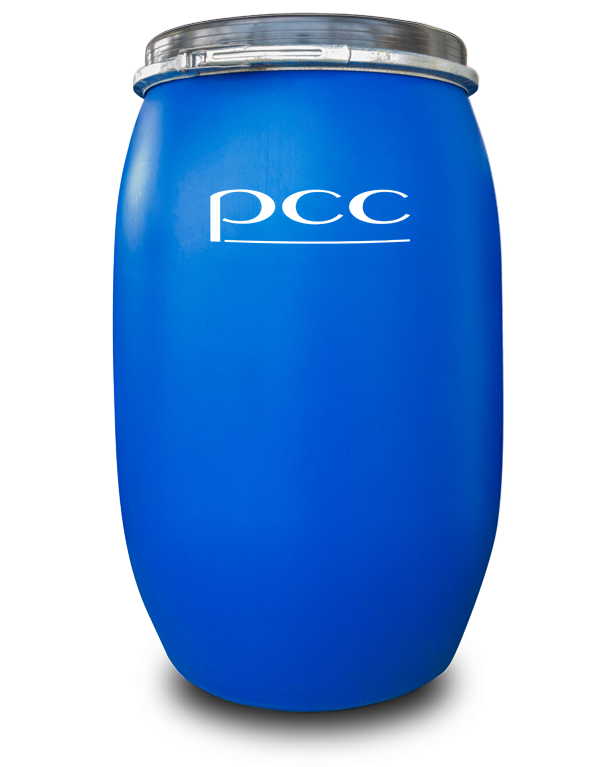 Chlorobenzene, also known as monochlorobenzene (MCB), is a colourless, volatile, water-insoluble liquid with a light, pleasant almond fragrance. It belongs to the family of organic halogen compounds, which is a large class of natural and synthetic chemical substances. These compounds contain one halogen atom or more (fluorine, chlorine, bromine, or iodine) combined with carbon atoms and other elements. Chlorobenzene is formed by the direct chlorination reaction of benzene.

MCB is also applied as a high-boiling-point solvent in industrial synthesis and in laboratories.

Monochlorobenzene is also an important element in the production of API (Active Pharmaceutical Ingredients). In the pharmaceuticals industry it is used, among others, in paracetamol synthesis (paraaminoacetylphenol) or vitamin B6. The product plays a role in drug synthesis for epilepsy, thyroid, and liver cancer as well as osteoporosis medicine.

In addition to the above-mentioned products, chlorobenzene is used for the production of zoledronic acid (a drug in the treatment of osteoporosis in postmenopausal women and in men who have an increased risk of bone fractures), as well as chlorfenoksamine (a drug used as an antiallergic and anti-aging agent, works analogously to diphenhydramine) .

Caustic soda lye 45% solution Sodium hydroxide (45% solution) is an inorganic chemical compound of the hydroxide group, belonging to the strongest alkali. In liquid form it is a colourless, odourless...
Composition
Alkali
CAS No.
1310-73-2
Orthodichlorobenzene PF Orthodichlorobenzene PF (ODCB) is an organic compound of the formula C6H4Cl2, which is a strong solvent in liquid form. Orthodichlorobenzene, also referred to as...
Composition
Chlorine derivatives
CAS No.
95-50-1
Hydrochloric acid for food grade industry 33% Hydrochloric acid food grade is a chemical compound that is an aqueous solution of hydrogen chloride gas. It has strong corrosive properties, a strong, irritating...
Composition
Non-organic acids
CAS No.
7647-01-0

POLIKARBOKSYLAT AMC60ROKAnol® PL10Pure hydrochloric acid 37%Monochloroacetic acid 100% H-P, flakesHydrochloric acid min. 33%, syntheticChlorobenzene analysis-pur (a.p.).
Assess the usefulness of information
4.8 (12)
Your rating
All the above information related to the product are provided according to the best knowledge of the manufacturer and published in good faith. However, the manufacturer does not guarantee the information and contents of this document are complete and accurate, and shall not be liable for the results of using them. The user is obliged to verify and confirm the information and contents of this documentation on his/her own. The manufacturer reserves the right to change the content of this document at any time without stating reasons of such changes.
Newsletter
Stay updated