What is carbon footprint and how can we reduce it?

Carbon footprint is a concept that defines how individual people, activities or businesses affect the quality of the Earth’s atmosphere. It expresses the ecological responsibility of an individual or a group by means of specific numbers, and makes it possible to track changes for the worse or for the better. What can we do to have more of the latter? 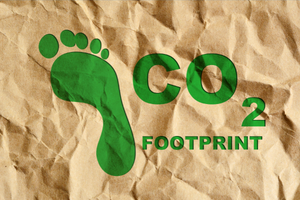 What is carbon footprint?

There was a discussion as early as the 1990s about the ecological footprint caused by humans and their activity. The concept was used to define the size of the land required to fulfil the needs of a specific community. The consumption of water, raw materials as well as arable land necessary for food production were also taken into account.

The concept of a carbon footprint only appeared in 2004 as an outcome of a social campaign of British fuel company BP. The idea was simple – to make individuals aware of the scale of their impact on the natural environment. The oil giant created a special calculator to make the society aware that pollution cannot be blamed solely on industry.

The concept fell on fertile ground. Today, carbon footprint is an official ecological concept recognised by international organisations. It expresses in figures how many kilograms of greenhouse gases are generated by a given entity or activity. Usually emissions of carbon dioxide, methane, nitrous oxide and other harmful gases are included in the calculations. The result is presented in the form of the so-called CO2 equivalent.

How is carbon footprint calculated?

There are several methods of calculating the carbon footprint. Some are strictly industry-specific and reflect the character of a given industry branch. The two most universal and most widely used are PAS 2050, developed by the British Standards Institute, and the international standard ISO 14067:2013. In Poland, the former is used more often. It defines the level of emissions for specific products and services.

It is worth realising that calculating a carbon footprint requires a comprehensive approach. For example, assessing the ecological ballast of a single airplane flight takes into account not only the fuel burned, but also emissions related to the production and maintenance of the machine, fuel extraction and refining, as well as the entire airport infrastructure. For commercial products, the calculation includes their full life cycle – from raw material extraction to disposal.

The analysis of carbon footprint in industry is carried out by specialised consulting companies. Households, on the other hand, can use a special online calculator commissioned by the UN. It takes into account, inter alia, energy consumption, level of recycling, diet, and means of transport used by the household members. 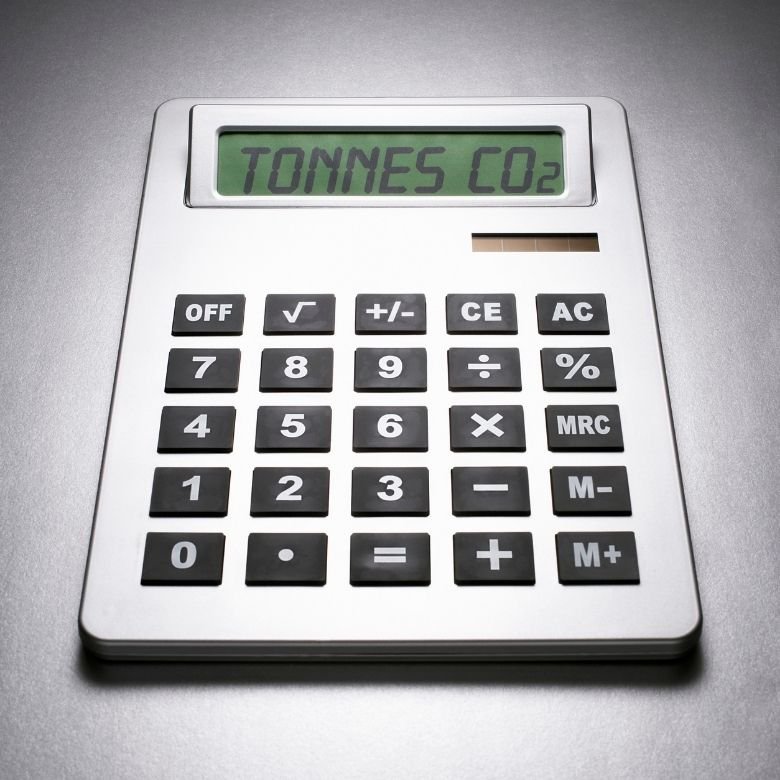 What is the purpose of calculating carbon footprint?

There are many factors that have a negative influence on the natural environment – from pollution of seas and oceans to soil erosion. Greenhouse gas emissions are only a part of destructive human activity, which of course does not give the full picture of responsibility and blame. Environmentalists argue, however, that carbon footprint is an important tool for monitoring and planning the strategy on a local and global scale.

Gases emitted as a result of burning fuels, cattle farming, use of artificial fertilisers, and burning forests do not only deteriorate the quality of the air we breathe. Their presence in the atmosphere also leads to temperature increase, and hence to climate change. Their consequences might be drastic, including, i.a., rising sea levels, natural fires and devastating droughts.

Carbon footprint refers mostly to climate change. It is likely to be one of the greatest challenges for future generations. Calculating the tonnes of CO2 released into the atmosphere each year serves to identify the largest sources of emissions. Many analyses show that, paradoxically, households belong to this group!

Raising public awareness regarding carbon footprint is aimed at changing habits, purchasing decisions and lifestyles. An increasing number of citizens want to actively contribute to the improvement of the natural environment. Knowing which processes place the heaviest burden on the atmosphere can be an important argument and motivation.

Calculating the carbon footprint for the activities of companies or the implementation of specific projects is also increasingly often an important criterion in decisions on co-financing, cooperation or support. Many businesses are eager to calculate the CO2 produced, hoping to improve their competitiveness. Concepts such as social responsibility and respect for the environment are gaining popularity in today’s world!

How can individuals reduce their carbon footprint?

With nearly 8 billion people in the world, the prosaic choices of an individual turn out to have a large impact on the state of the natural environment. Reducing the carbon footprint of every household could significantly improve the air quality on Earth. At the same time, it would become realistic to stop at least some of the negative climate change.

Basic guidelines for reducing your carbon footprint include:

Moreover, dietary decisions are also of high importance. Choosing local and seasonal products and decreasing the amount of meat in the diet will help reduce greenhouse gas emissions. It is also essential to adjust purchases to actual needs – too much food is wasted every year.

Reducing an individual’s carbon footprint also means using second-hand clothes and choosing eco-friendly textile brands. Reducing paper consumption and using recycled sheets or cardboard are also important. In general, the longer a product is used, the better it is for the environment.

Ecological lifestyle has more and more supporters. They are ready to make slightly more difficult and deliberate choices to reduce the amount of greenhouse gases around the Earth. Therefore, the chances of reducing mankind’s carbon footprint on Earth are really increasing.

Table of Contents
Check similar articles
More from the PCC Group
Are electric cars eco-friendly?
Read more
The effect of carbon dioxide on plant life
Read more
What is downcycling and how does it contribute to environmental protection?
Read more
Explore the world of chemistry with the PPC Group
Chemical curiosities and product innovations from the PCC Group
Manufacturing of lubricating oils – what you should know
Read more
Colour chemistry – does colour matter?
Read more
Hand dishwashing liquids: what you need to know
Read more
Comments
Join the discussion
Cancel reply
There are no comments
Assess the usefulness of information
- (none)
Your rating
Newsletter
Stay updated