Electromobility is considered a technology of the future, also due to its ecological and environmental advantages. Cars powered by electric motors are commonly referred to as zero-emission vehicles by their manufacturers and distributors. On the other hand, many people believe that electric cars are not environmentally friendly, pointing to greenhouse gas emissions at the production stage, among others. So, what is the truth and who is right? In this article we will try to answer all the most important questions about electric cars, their impact on the environment and their emissions by comparing them with the values for conventional vehicles. Do you want an accurate answer to the question of whether electric cars are eco-friendly? You will find it here! This article will tell you about:

We answer these and many other questions about electric cars and ecology by referring to current studies and reports. Happy reading!

Transport and emissions of CO2 and greenhouse gases

Although successive stricter emissions standards for cars and lorries are forcing the automotive industry to use the latest emission-reducing technologies, the figures reveal the brutal truth. In 2016, it was reported that almost 30% of the total carbon dioxide emissions in the European Union are generated by transport, of which road transport is responsible for over 70%. By comparison, civil aviation emitted as much carbon dioxide as water transport – just over 13%[1].

Combining this with the fact that the number of cars produced in the world is increasing year by year, we can see that reducing transport emissions is now becoming one of the most important challenges of modern civilisation. Environmentally friendly green cars appear to be a solution which, if adopted globally, could allow a measurable reduction in the pollution generated by road transport.

Leaving aside the fact that combustion engine cars still make up the majority of vehicles on the roads in Europe, the growth in popularity of electrics is noticeable and increasing every year. The fact that electric cars, often described as the greenest of cars, are becoming increasingly common on our streets is due to their numerous advantages, such as:

Of course, these are not all the reasons why you should replace your old combustion engine car with an electric car. Other benefits include the possibility to enter low-emission zones (where, for example, diesel cars are increasingly not allowed), the chance to obtain a subsidy for the purchase of an environmentally friendly electric car or the opportunity to use free parking. 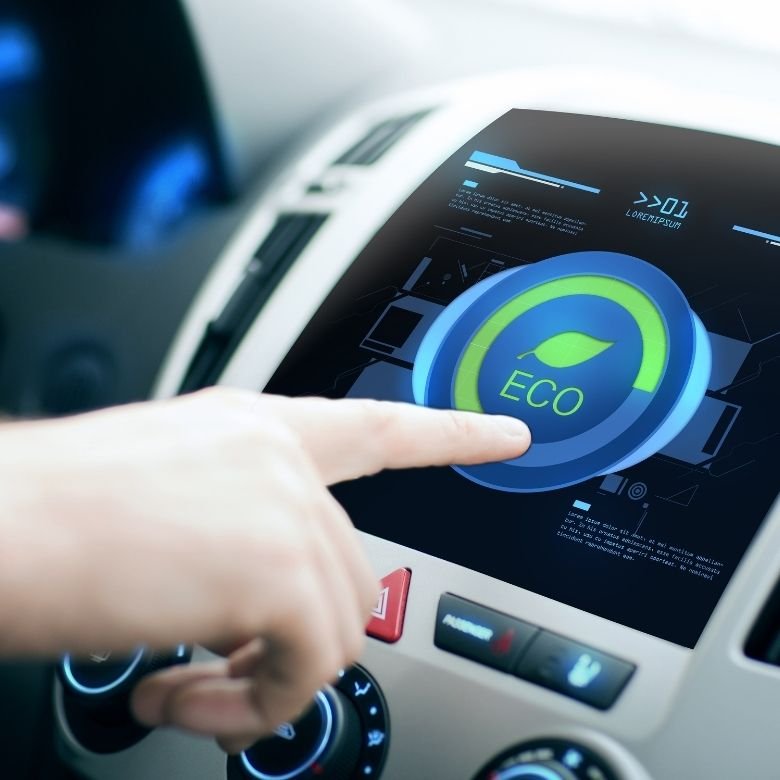 The environmental impact of electric cars? Up to 3 times less CO2!

Research over the years has confirmed the positive impact of electric cars on the environment.   According to available analyses, throughout the life cycle of vehicles, it is the exploitation phase that is associated with the highest environmental pollution. In this respect, electric cars outperform other car models by, among others, generating a significantly lower carbon footprint.

It is worth noting that the eco-efficiency of e-cars is directly proportional to a country’s specific energy mix. Nevertheless, even in countries where the energy mix is based on fossil fuels, the environmental impact of electric cars is still significantly lower than that of combustion engine cars.

In the most developed EU countries, where the percentage of renewable energy generation is the highest, an electric car generates up to 50% less CO2 over its lifetime compared to a diesel car. For comparison, in Poland, electric cars emit on average 25% less carbon dioxide than diesel vehicles [2].

A 2016 report by the European Climate Foundation and the Fondation pour la Nature et pour l’Homme, in collaboration with partners including the WWF, Renault and battery manufacturers, clearly shows that the smallest electric cars can emit up to 63% less greenhouse gases in urban conditions, three times less than diesels[3].

Cars and ecology – the challenge of battery recycling

When asked whether electric cars are green, many people express their doubt, based not on the way electric cars operate per se, but on the technology used to produce them. Above all, attention is drawn to the process of construction of the batteries that power these types of vehicles. They are generally fitted with lithium-nickel-cobalt-manganese batteries, the production of which involves large quantities of carbon dioxide emissions. Studies show that 1 kWh of battery capacity can “cost” the environment up to 200 kg of released CO2 [4].

Manufacturers are constantly looking for solutions to make the production of batteries for electric cars more environmentally friendly. Just as much attention is now being paid to recycling these types of batteries, as a way to balance the pollution generated during production. According to a Greenpeace report, nearly 13 million tonnes of nickel-ion batteries from electric cars will be depleted worldwide by 2030 [5].

Fortunately, recycling of used batteries is possible. Most of their components can be reused. The example is set by Tesla, which declares that none of the damaged or end-of-life batteries used in its vehicles go to a landfill, and that efficient recycling allows up to 92% of the components to be recovered.

The carbon footprint, which is the total amount of greenhouse gas emitted by a product over its full life cycle, also tells us whether electric cars are green. According to a report prepared by the ICCT (International Council of Clean Transport), the carbon footprint of electric cars powered by renewable energy is up to 81% lower than their combustion-powered counterparts. The more kilometres an electric car travels, the faster the “carbon debt” taken on at the battery production stage, among others, will be reduced[6]. 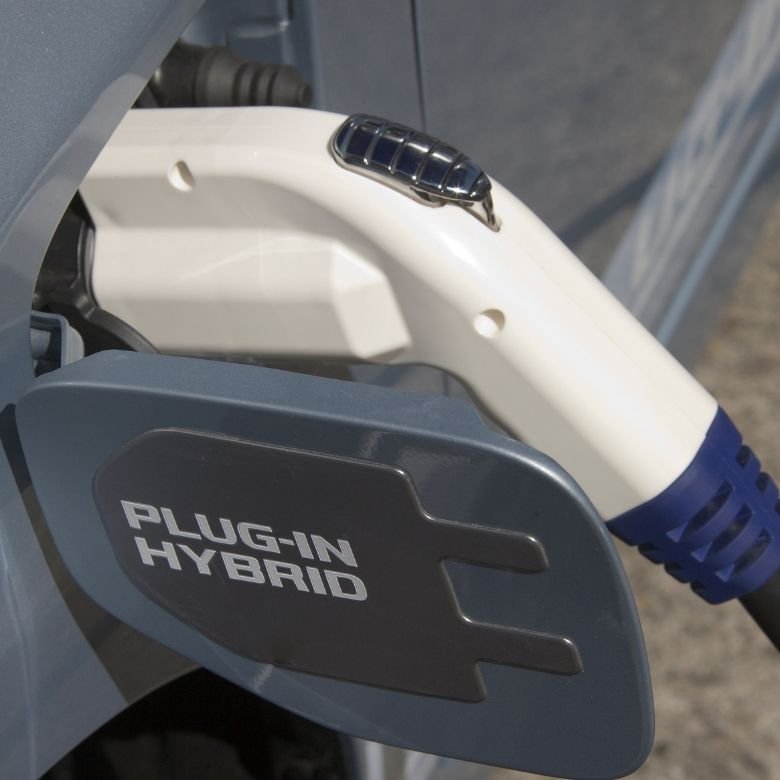 Hybrids – not so “clean” after all?

Compared to purely electric cars, hybrid cars also prove to be significantly less environmentally friendly. This is understandable – after all, in addition to an electric motor, they also have a combustion engine. This places them a level above cars that run on petrol or diesel alone, but they are still not as “clean” as fully electric cars.

The latest figures show that at the end of 2021, more than 38,000 electric cars were registered in Poland. It is worth noting that almost half of these are purely electric – the remainder are hybrid vehicles. In 2021 alone, more than 20,000 “plug-in” cars joined our roads, showing that electromobility can become a strong trend even in a country whose energy industry is so overwhelmingly based on coal[7].

The research and analysis results cited above clearly demonstrate that although electromobility is an emerging industry worldwide, the environmental impact of electric cars is already significantly lower than that of combustion engine cars. In the coming years, with the development of new technologies, we can expect even better results in terms of reducing greenhouse gas emissions.

The challenge for automotive companies is undoubtedly increasing the emphasis on recycling used batteries. This will help to reduce the amount of waste and limit the exploitation of natural resources. However, given the numerous reports cited in this article on the emissions and the carbon footprint of electrics, among others, it should be clear that environmentally friendly, green cars are currently by far the least emitting and cleanest form of road transport we can afford.

Table of Contents
Check similar articles
More from the PCC Group
What is carbon footprint and how can we reduce it?
Read more
The effect of carbon dioxide on plant life
Read more
What is downcycling and how does it contribute to environmental protection?
Read more
Explore the world of chemistry with the PPC Group
Chemical curiosities and product innovations from the PCC Group
Manufacturing of lubricating oils – what you should know
Read more
Colour chemistry – does colour matter?
Read more
Hand dishwashing liquids: what you need to know
Read more
Comments
Join the discussion
Cancel reply
There are no comments
Assess the usefulness of information
- (none)
Your rating
Newsletter
Stay updated