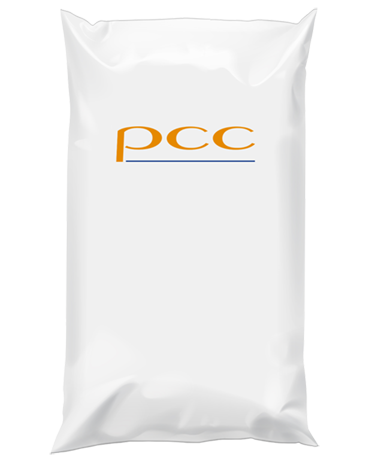 It is a polyelectrolytic compound that acts as a dispersant in two main industries: as a base for liquefying and plasticizing admixtures in the construction industry, and as a water reducer in the production of drywall.

This surfactant consists of a hydrophobic organic chain and an inorganic hydrophilic sulfone group. The mechanism of its action is mainly based on the principle of electrostatic repulsion, occurring between the same charges (sulfone groups) present on cement or gypsum grains after adsorbing Superplastyfikator CP particles on them. Mutual repulsion of cement/gypsum grains after adding the superplasticizer breaks down the grain agglomerates and releases the water contained in them. As a result, the fluidity of the concrete mix increases, which improves its pumpability and extends the time for the formation of cement hydration products (delaying the setting time of the concrete) as a result of the cement grains moving away from each other over considerable distances.

Superplastyfikator CP as a liquefaction and plasticizing admixture can work in the construction industry in two ways. By reducing the water / cement ratio (and thus reducing the consumption of batched water by up to 25%), without compromising the consistency of the mix, the porosity of hardened concrete decreases, which translates directly into a significant increase in its late strength (up to 30% compared to the mix without the addition of a superplasticizer) . It also improves the tightness of the concrete element, i.e. its resistance to aggressive substances and frost, as well as resistance to abrasion, as well as the adhesion of new concrete to old. Early strengths also increase, so the demoulding of the concrete element is accelerated.

By reducing the amount of batched water used, the addition of Superplastyfikator CP and maintaining a constant water/cement ratio, we can reduce the amount of cement used, obtaining economic benefits and less heat release of hydration, and thus reducing shrinkage arising during the setting of concrete. The product does not introduce large amounts of air into the concrete mix, which can potentially lead to deterioration of frost resistance, and due to the very low concentration of chlorides, it does not contribute to the corrosion of steel reinforcements in concrete structures. In addition, it allows concrete to be made at an air temperature of up to -5°C without inhibiting cement hydration.

Drywall manufacturers strive to reduce production costs while maintaining liquefaction of the gypsum mixture. The addition of Superplastyfikator CP makes it possible to reduce the amount of water used in the process, which reduces the drying time of the finished board. At the same time, the product does not affect the setting times and the adhesion between plaster and paper. It promotes the formation of gypsum crystals in the form of needles, thanks to which the board structure is more durable.

The powder form of the product does not deteriorate its application properties, but is important in reducing the cost of transporting the product over considerable distances and reducing storage costs. The use of even small amounts of Superplastyfikator CP allows you to produce cheap and environmentally friendly concrete, which is also characterized by very good strength and rheological properties. It is mainly recommended for the production of ready-mixed concrete, precast concrete, cement mortars and for the production of gypsum elements, e.g. drywall.

Roflex 95 Roflex 95 is a non-phthalate product based on phosphate esters, which combines the function of a plasticizer and flame retardant. It is used in the production of...
Composition
Phosphate
CAS No.
68937-41-7
Roflam F6 Roflam F6 is a halogen-free solution for efficient flame retardation in plastics. The additive provides a high class of fire resistance without adversely affecting...
Composition
Phosphate
CAS No.
68937-41-7
Triethanolamine S Triethanolamine S is a product from the ethanolamine group, i.e. products of adding ethylene oxide to ammonia. The product is also known as 2,2',2''-Nitrilotriethanol....
Composition
Amines
CAS No.
102-71-6