You are probably familiar with the term “optical fibre”. It is associated with the Internet, data transmission and telephones. However, the concept of optical fibre as a technological solution is much broader. It is certainly a revolutionary form of data transmission that allows information to be transmitted efficiently at enormous speed. 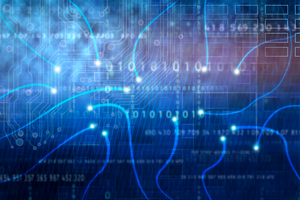 An optical fibre is a normal cable, mostly made up of glass fibre and elements that shield and protect the transmission wires.

As the name says, an optical fibre is a conductor that allows data to be transmitted using light waves. Adapting the transmission to the speed of light allows information to be transmitted at enormous speed. That is why it is a revolutionary solution.

Optical fibre was invented back in the 1970s. Initially, it was used for telephone communication, which did not exploit all of its possibilities. It was only with the advent of the Internet age and the discovery that optical fibre could be used for instant data transmission that the popularity of optical fibre grew significantly.

Today, an entire field of science related to data transmission is built around the concept of optical fibre. Optical fibres are weatherproof and thus form a stable and durable connection.

Optical fibre technology is being constantly developed in order to increase the transmission capacity and thus to enable sending more data in the same amount of time.

An optical fibre is a conductor that consists of an outer jacket, inner cladding and core. The core is the most important part of the cable. It is made of special glass fibre or light-conducting plastic. Such materials enable data transmission in this technology.

The core is surrounded by special cladding which reflects light in such a way that the transmitted light reaches the receiver without losses. The core and cladding are wrapped in special kevlar, which is designed to protect the cable from breaking, even if it is bent or twisted.

The excellent transmission parameters result from the structure of optical fibres. The core, which is made of glass fibre or plastic, conducts the light ray at the maximum possible speed for this medium. There is no data loss during the transmission – the cladding reflects the curved light ray in such a way that it reaches its destination unchanged.

The structure of an optical fibre consists of many elements, which is why its production is a complicated process. One of the key steps is making a fibre optic mould. Silicon tetrachloride, which is included in the commercial offer of the PCC Group, is used to produce the mould. The available product catalogue also includes ultra-pure silicon tetrachloride, used to manufacture low-attenuation optical fibre.

Unfortunately, even in such advanced technology, certain processes leading to optical fibre attenuation may occur. It means a loss of signal, or more precisely, a part of it. It is a process caused by the distance the light has to travel. The greater the distance, the more distorted the beam.

Currently, research is being conducted to eliminate or at least reduce this phenomenon, which will translate into greater efficiency of optical fibre connections. What are the different types of optical fibres?

There are two types of optical fibre, both of which work according to the same principle.

Single-mode optical fibre is more modern and slightly more efficient. This is an optical fibre in which a single light ray travels directly in the core, so no reflection takes place. In this type of optical fibre, there is no so-called jacket, which is responsible for the light’s reflection and concentration.

A slightly older solution is multimode optical fibre. It allows light rays to pass through, providing greater capacity. Unfortunately, this is associated with the need to apply optical amplifiers and the loss of part of the ray.

Optical fibre is connected not only with the Internet

You certainly associate optical fibre mainly with the Internet. And you are right – optical fibres are used massively in Internet communication, but not only there. They are also widely used in telecommunications, signal data transmission, machine industry and medical industry (device manufacturing).

Any device or network that requires stable data transmission and where a stable connection is essential can use optical fibre cables. 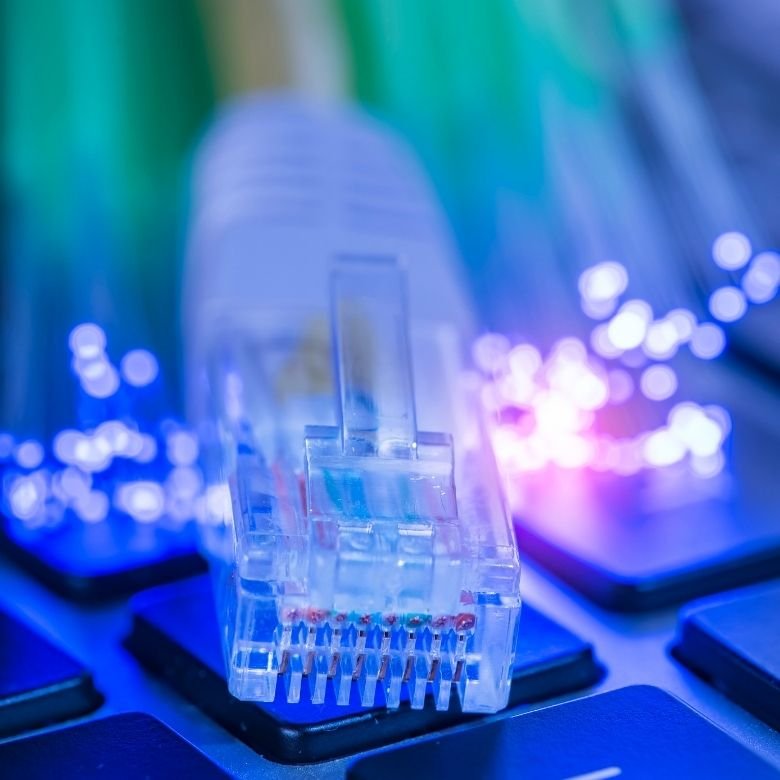 Optical fibre cables allow data to be transmitted optically over enormous distances. With such a cable it is possible to deliver a signal to any part of the globe in an instant – all you need to do is lay the right cable. The Internet works all over the world thanks to an extensive network of optical fibre cables laid on the sea and ocean floors.

Optical fibre emits no external magnetic field, is completely immune to interference and weather conditions, and is very robust. This means that the location of the cable allows for many years of undisturbed data transmission, no matter how deep the cable is buried.

The capacity of optical fibres is also essential – it is even several hundred times higher than in the case of traditional copper cables.

Optical fibre is one of the most useful solutions that mankind has invented. Now this technology is developing at double the pace, with the aim of increasing both the speed of data transmission and the capacity of existing optical fibres.

Table of Contents
Check similar articles
More from the PCC Group
What is silicone?
Read more
Operation, benefits and drawbacks of photovoltaics
Read more
Hydrogen peroxide, a substance with many applications
Read more
Explore the world of green chemistry with the PCC Group
Read more on the PCC GREENLINE® blog
Are electric cars eco-friendly?
Read more
What is carbon footprint and how can we reduce it?
Read more
The effect of carbon dioxide on plant life
Read more
Comments
Join the discussion
Cancel reply
There are no comments
Assess the usefulness of information
- (none)
Your rating
Newsletter
Stay updated