What is chemical recycling and what are its benefits?

Recycling means the reuse of secondary raw materials for different purposes associated with industry or with the maintenance of households. There are several methods of recycling, which include biological, thermal or energy decomposition. Given the huge amount of plastic waste, a great role is also played by chemical recycling. What is it and is it worth using? Let’s check. 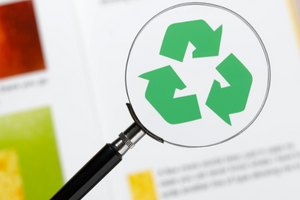 Let’s start from the basics and answer the following question: what is chemical recycling? Another name for the process is ‘feedstock recycling’, which is to say, the processing of raw materials in such a way that they can be reused for the production of packaging materials, bottles, etc. In most cases, chemical treatment is performed on plastics such as polypropylene, polyethylene, polyvinyl chloride, or polystyrene.

The raw materials produced by chemical recycling are wholesome. Thus it is not conventional downcycling, where materials lose some or all of their key properties. The chemical recycling of polymers is a technology that addresses the concept of Circular Economy (CO). The main goals of that strategy include:

What does the chemical recycling of packing materials involve?

Chemical recycling of waste polymer plastics is based mostly on depolymerisation processes. They enable the break-up of polymers into monomers: small molecules that can be further processed and reused. What exactly does chemical recycling consist of? One of its principal forms is the hydrolysis of plastics. It is a popular method of processing plastic waste where the key role is played by water, high pressure and temperature. Under these three effects, polymers decompose into tiny molecules used by the industry as semi-finished products.

Other methods of chemical recycling and depolymerisation include:

How important is feedstock chemical recycling?

Feedstock (chemical) recycling was developed to address the continuously growing problem of plastics accumulating at landfills. This is because the measures taken within waste processing are still insufficient, and the quantity of plastic waste is growing dramatically fast. Each new method of recovering raw materials contributes to the improvement of the natural environment and helps reduce the carbon footprint left by humans.

The recycling of raw materials is also an interesting alternative to other forms of recycling such as material recycling of decomposed biodegradable materials. It makes it possible to process even such plastic wastes that are already partially decomposed. These mainly include rubbish, which massively contaminates the oceans, seas, lakes and rivers.

Chemical recycling of plastics: what are its benefits?

Why is the chemical recycling of polyurethanes worth a shot, and does it prove itself? It is definitely one of the most innovative technologies that allow keeping the plastics in circulation for as long as possible. With the feedstock recycling methods:

It should be emphasised that the chemical treatment can be used regardless of whether the waste is clean or contaminated with labels. The whole selection and pre-treatment processes are thus relatively short, which also entails lower energy consumption.

Table of Contents
Check similar articles
More from the PCC Group
PCC Group – green energy in surfactant production
Read more
How is rainwater collected? Useful information and tips
Read more
What electronics contain the most gold? Recovery of noble metals from electronics
Read more
Explore the world of chemistry with the PPC Group
Chemical curiosities and product innovations from the PCC Group
Personal protective equipment: definition, applications and types
Read more
How are fire extinguishers designated?
Read more
Christmas Chemistry. What does Christmas smell like?
Read more
Comments
Join the discussion
Cancel reply
There are no comments
Assess the usefulness of information
- (none)
Your rating
Newsletter
Stay updated