One of the most abundant elements in the upper layers of Earth’s crust is sodium. It belongs to the alkaline metal group. The element has the form of a solid with a silvery shine and plastic properties. Both sodium and its chemical compounds play a major role in the economy. They are used in various industries to manufacture finished products, such as glass, paper, detergents, as well as other chemicals and gasoline additives. An example of such chemical compounds is sodium carbonate. 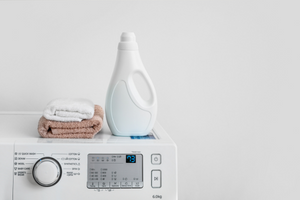 What is sodium carbonate and what is its history?

Sodium carbonate (Na2CO3), otherwise known as calcined soda, is a salt of carbonic acid and sodium. In the natural environment it is present both in the natural state, in so-called soda lakes, in the ash of sea plants, and as a component of minerals.

The use of calcined soda has been known for a long time. Until the 18th century it was mainly obtained by burning seaweed and sea plants, leaching the molten material from ashes and evaporating the solutions until dry. The material obtained was fairly polluted, but still usable for producing glass and soap.

In 1791 in France a process of producing calcined soda from salt, sulfuric acid, coal and lime was discovered. However, the French Revolution interrupted its development and it wasn’t until more than 30 years later that the process achieved its first success in England. In the early 1860s two Belgian Brothers, Ernest and Alfred Solvay, developed and improved the method of producing calcined soda from salt, coke and lime, with ammonia as a catalyst. The Solvay process became popular around the world for producing synthetic calcined soda.

In 1939 there were 17 Solvay calcined soda plants in the United States. However, by 1969 the number of synthetic plants had dropped to 10, and then by 1979 only one company producing synthetic sodium carbonates remained. Pollution prevention regulations coupled with high energy, labour and material costs made it difficult for synthetic producers to compete with suppliers of natural calcined soda.

Sodium carbonate is white or slightly brownish, is easily soluble in water, and has the form a fine crystalline powder. Its melting point is 852°C. At very high temperatures or when exposed to moisture it can cake, so it must be stored under suitable conditions. It has alkalising properties (pH = 11.5). For this reason, it forms carbonic acid and sodium hydroxide when dissolved in water.

It causes no skin irritation, but contact with the eyes should be avoided. It readily reacts with acids, bases, other salts, and is dissociated in water. On the other hand, it does not oxidise and is not degradable by biological organisms. It is also considered a substance friendly to the environment, as it occurs in nature in a dissociated form. For this reason it does not accumulate in living organisms, and is not adsorbed in the soil.

Currently it is produced using the Solvay method through a reaction of sodium chloride with ammonia and carbon dioxide. During the first stage of the reaction, sodium hydrogen carbonate (sodium bicarbonate) is produced, which is subjected to high temperatures to form sodium carbonate.

Where is it found?

With its properties it has found use in many industries. It has water-softening properties, so it is used in laundry detergents and in soaps. Furthermore, it is used in leather tanning, chemical synthesis, in laboratories as a chemical reagent, in the glass casting process, in the production of paper, bricks and cosmetics (shampoos, bath salts), as well as food products (ice cream, jams, confectionery, butters). In the food industry it is known under the designation E500 and is used as a leavening agent, stabiliser, and to maintain the right pH levels. The E500 code encompasses three types of sodium carbonate:

Calcined soda is also used in the paint industry to strengthen the bonds between pigments and fibres, and also serves as a pH stabiliser in picture printing. Sodium carbonate is also used in foam-based fire extinguishers, as it absorbs odours and moisture due to its hygroscopic properties.

We now pay increasing attention to all aspects related to the protection of the natural environment. Many actions are taken to prevent the pollution of nature, which include repairing damage and promoting natural resource management according to the sustainable growth principle. Due to the current environmental situation, steps are increasingly frequently taken to reduce the risk of harmful chemicals reaching the environment even during everyday activities. One example is the laundry process, where laundering chemicals are often used. As alternatives to such powders are the environmentally friendly solutions that we may use in preparing our own detergents.

Their composition includes only a few substances, such as:

Weigh all ingredients in a single container and mix thoroughly. What are the benefits of such detergents? First of all they cause no allergies or skin irritation, they are more cost-effective and friendly to the natural environment. In addition they are characterised by high efficiency and they can be used for all types of textiles. Care for the environment is a crucial theme of modern times. By choosing more environmentally friendly solutions we contribute to protecting our planet. Companies that are aware of the issue aim to use natural raw resources in their products and to deploy safe technologies. For this reason the PCC Group offers products from the Green Chemistry range. These include surface active agents, which are used in the production of environmentally friendly laundry detergents. These includes products like ROKAcet KO300G, EXOsoft PC35, ExoAlc 1618, which are based on natural raw materials. Another product, part of the Greenline® series, is soda lye, which is produced using energy from renewable resources, allowing CO2 emissions to the atmosphere to be reduced. It is an input for the production of pigments and dyes for paints, hard soap, and washing agents.

Table of Contents
Check similar articles
More from the PCC Group
Chemistry of the future – the influence of contemporary trends and threats on the development of the chemical industry?
Read more
Chemical plant protection products – classification
Read more
What are the uses of ammonia?
Read more
Explore the world of green chemistry with the PCC Group
Read more on the GREENLINE™ blog
Changes in the plastics industry – is there an ear of paper ahead?
Read more
Eco-washing, a way to care for the environment every day
Read more
Which plastics are recyclable? Learn about the symbols and markings of plastics.
Read more
Comments
Join the discussion
Cancel reply
There are no comments
Assess the usefulness of information
- (none)
Your rating
Newsletter
Stay updated