There are various organic acids in nature, e.g., citric, lactic and butyric acids. Acids are also present, among others, in apples valued due to their unique taste, richness of vitamins, fibre and minerals. What properties and uses does malic acid have and where can it be found? Below is the answer. 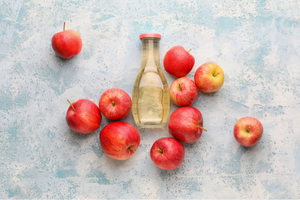 Does malic acid only occur in unripe apples? Of course not! This acidic compound is also found in many other fruits – rowan berries, cherries, gooseberries, pears, quinces, grapes. It is present in some species of perennials, e.g., in rhubarb, which is very popular and valued in Poland. On industrial scale, it would be difficult to obtain the desired amounts of malic acid from fruit alone. Therefore, producers often use acidum malicum obtained artificially by chemical method or fermentation method.

What is malic acid?

We already know that malic acid is an organic chemical compound. This substance is formed as a by-product of the metabolic processes of sugars and occurs under several names, such as:

Malic acid belongs to the group of natural hydroxy acids. This means that the molecule contains a hydroxyl group, consisting of oxygen (O) and hydrogen (H).

How can malic acid be described? The structural formula of acidum malicum is as follows:

The molecular formula for malic acid is: C4H6O5.  As an optically active compound, this acid is classified into two forms:

As a result of industrial treatment of hydroxysuccinic acid, a mixture in the form of a racemate (DL-malic acid), which has no optical activity, is formed.

How to recognise acidum malicum? It is a crystalline, white or yellowish substance with characteristic sour taste, well soluble in water and ethanol. Contact with the crystals irritates the skin and mucosa of the human eye. L-malic acid and D-malic acid melt at 100 °C and begin to boil at 140 °C. The compound has many valuable properties and actions:

What else should you know about malic acid? It is odourless and has a molecular weight of 134.09 g/mol. Under high temperature, exceeding 140 °C, and under anaerobic conditions, acidum malicum converts into fumaric and maleic acids. 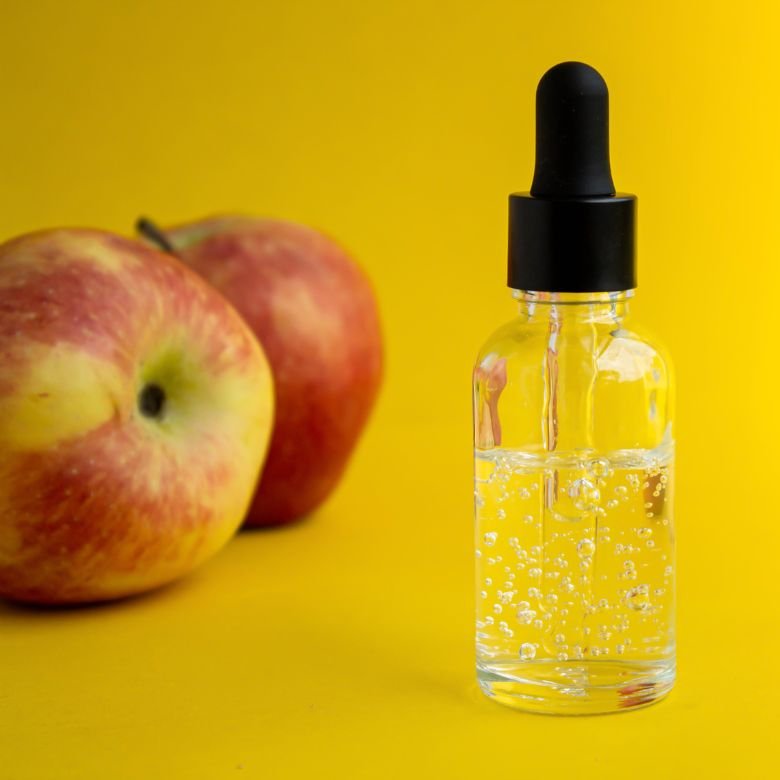 Natural acids of organic origin have long been used in industry. Malic acid serves, among others, as a preservative and acidity regulator – such as the popular E296 – that’s added to:

In food production, an ingredient called E296 is used as one of the best citric acid substitutes. It makes the products stay fresh and attractive for longer. The acid is effective in impeding the appearance of clouding and the loss of colour of various substances.

In chemical industry, malic acid is also useful in the process of organic synthesis. Thanks to this, it is possible to obtain, among others, esters used in the production of cleaning agents and cosmetics. Manufacturers in the pharmaceutical industry make good use of the beneficial properties of acidum malicum. Organic acid is a healthy stimulant for the digestive system and improves the condition of the epidermis, and therefore it is used as an ingredient in medicinal rinses, capsules and dietary supplements.

Malic acid: use in cosmetics and the beauty industry

The antibacterial, stabilising, preserving and brightening properties of acidum malicum are appreciated especially by manufacturers from the cosmetic and beauty industries. Malic acid is used as an ingredient in many cosmetics for everyday use, such as:

In recent years, people associated with the beauty industry have also become interested in malic acid. This antibacterial and antioxidant compound is more and more often used for specialised cosmetology treatments for skin and hair. Among others, these are:

Treatments with malic acid are aimed at improving the condition of the epidermis, inhibiting bacterial growth and the ageing of cells . Exposing the skin to intense acid action also helps to get rid of discolouration, blemishes and shrink unattractive-looking pores.

Table of Contents
Check similar articles
More from the PCC Group
What are essential oils? How do they affect us and where are they applied?
Read more
What should you know about the use of vitamin c in cosmetics?
Read more
Lactic acid: properties and application
Read more
Explore the world of green chemistry with the PCC Group
Read more on the PCC GREENLINE® blog
How is rainwater collected? Useful information and tips
Read more
What electronics contain the most gold? Recovery of noble metals from electronics
Read more
Green energy and everything you need to know about it
Read more
Comments
Join the discussion
Cancel reply
There are no comments
Assess the usefulness of information
- (none)
Your rating
Newsletter
Stay updated