PCC Intermodal SA is a leading logistics operator, operating on the Polish and international transport market.

Millions of tons of CO2 are released into the atmosphere every day. Transport is one of the primary factors in air pollution growth. However, by making responsible choices and running your business in a sustainable way, you can begin changing that today! Think global, act intermodal! 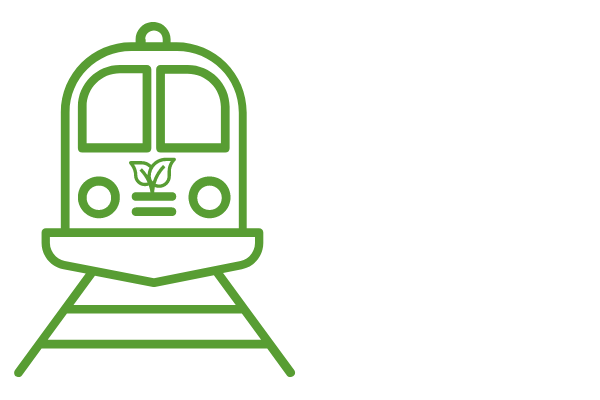 The activity of PCC Intermodal SA is primarily the organization of national and international transport including unit loads. The intermodal service is based on regular Polish and foreign railway connections (container trains), between sea and land transshipment terminals and road transport synchronized with them.

The network of connections of PCC Intermodal SA guarantees regular services from/to the sea terminals located in Hamburg/Bremerhaven, Rotterdam, Antwerp, Gdańsk and Gdynia, as well as land terminals in the city: Kutno, Gliwice, Brzeg Dolny, Kolbuszowa, Poznań, Frankfurt (Oder), Duisburg and Mostyska (UA), from where it is possible to deliver containers to doors in other regions.

PCC Intermodal is the forerunner of many modern intermodal solutions, uses its extensive experience in handling the most complex supply chains, and comprehensively provides assistance, solutions, and sustainable logistics! 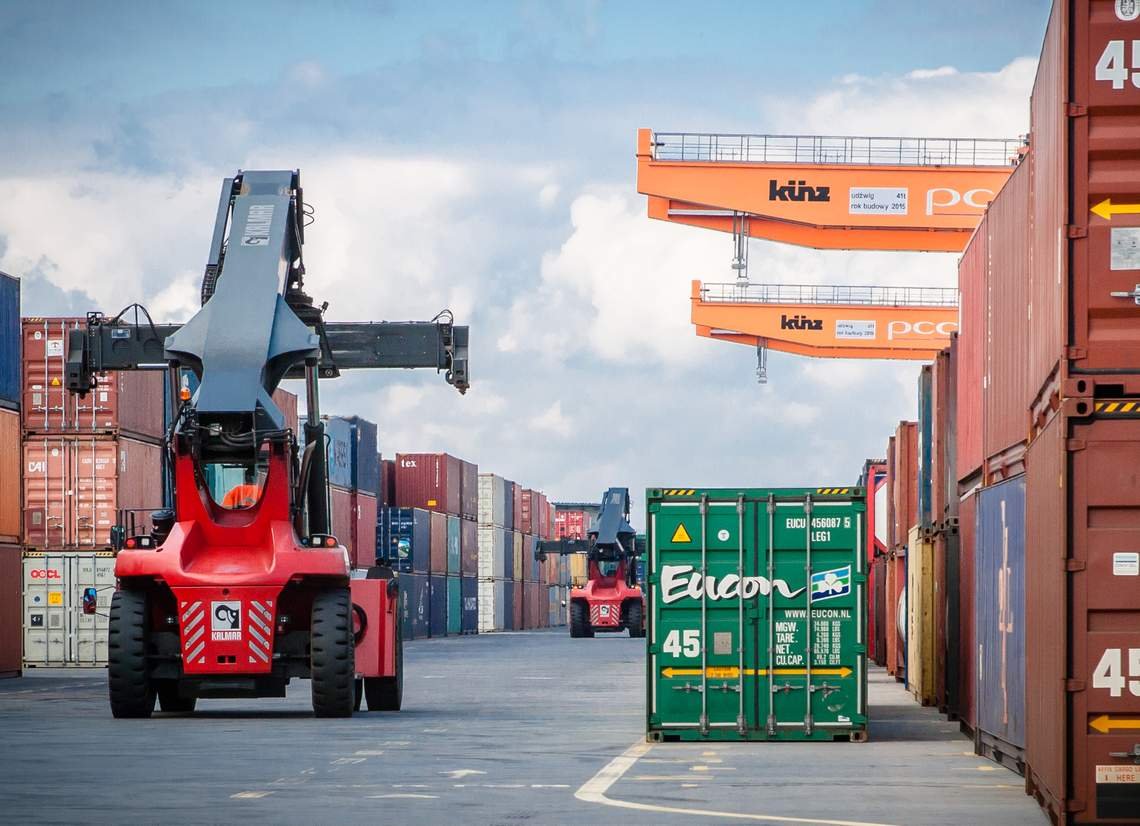 A network of regular connections PCC Intermodal was the first company in the industry in Poland to debut on the Warsaw stock exchange. It is a precursor of many modern intermodal solutions and uses its extensive experience in handling the most complex supply chains.

Terminal services in Poland and in Western Europe

PCC Intermodal SA offers its customers a comprehensive approach to the organization of the logistics process and transport organization. Using its own and partner terminals, located in strategic regions of Central and Western Europe, the company organises regular rail services while being able to deliver cargo to the doors of its counterparties. Whenever planning logistics, the company seeks to optimise the supply chain. For years, PCC Intermodal SA has been setting the standards for its competitors, carrying out intermodal transport on a national and international scale. The highest quality of service is ensured by a properly planned and properly used network of connections between land terminals and the most important European seaports. In the recent years, the operator has also become a leader in intra-European traffic. Currently, the following terminals operate within the PCC Intermodal network: PCC Frankfurt – enabling efficient transport service in the area of Berlin and Brandenburg and enabling communication between the most important Polish regions and the port of Hamburg, 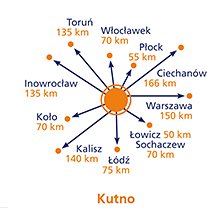 PCC Kutno – the largest intermodal terminal in central Poland, with an annual handling capacity of more than 250,000 TEUs, serves the Warsaw and Łódź region and is a consolidation hub for all the east-west and the north-south corridor transports 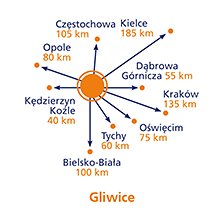 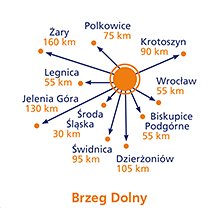 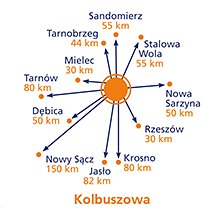 PCC Kolbuszowa Transhipment Depot – adapted to handle intermodal transport in the region of south-eastern Poland. The economic centres in the Podkarpacie region, which are located up to 150 km away from each other, include such centres: Rzeszów, Nowy Sącz, Tarnów and Stalowa Wola 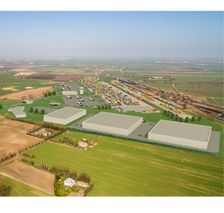 The leader of intermodal transport

The infrastructure and many years of experience in handling forwarding and logistics processes allow us to fully exploit the potential of intermodal transport, which is an attractive alternative to traditional methods of delivery. By implementing its own organisational concept, the company adapts its transport processes to the individual requirements of its customers, while at the same time exercising constant supervision over the effectiveness of provided services.

Truck transport
In essence, intermodal transport, where the longest section is carried out by rail, involves handling the initial and final elements of the supply chain route using road transport. For this reason, up to 150 km from all serviced land terminals, cargo is transported by car to the customer’s door. Based on the attractive location of the intermodal terminals and their correlation with train routes on regular lines, the intermodal operator is able to optimise transport, reducing time and costs of logistics services. The company’s proximity to motorways, expressways or national roads means that it is able to deliver goods quickly and efficiently to most major centres and smaller towns and cities close to major national and international transport routes.
Organisation of intermodal transport
PCC Intermodal SA offers a comprehensive approach to intermodal forwarding, which is currently the most dynamically developing branch of the TSL sector. What is intermodal transport? According to the definition, it is a way of organizing a logistic service, using different branches and means of transport to transport the cargo. A very important feature of this method of transportation is the use of the same freight unit throughout the entire transportation route. Containers are among the most common choices. At its core, a container ensures convenience, security, and safety of the cargo that is being transported.
Intermodal transport and its main advantages
Where does the growing demand for transport using different branches and means of transport come from? This is primarily due to the advantage that intermodal transport has over conventional methods of delivery. The most important advantages of this type of transport include, among others:

Talking about the advantages of intermodal forwarding, one cannot overlook the benefits of an overall improvement in quality and availability of transport services. They can be implemented in a “door to door” system, thanks to the fact that the final stage of the service is always realized by means of car transport. Due to the lack of frequent reloading of goods, the risk of damage during logistics operations also decreases significantly.

Comprehensive transport services
PCC Intermodal SA offers its customers a comprehensive approach to the organization of the logistics process and transport organization. Using its own and partner terminals, located in strategic regions of Central and Western Europe, as well as regular rail connections, the company is able to deliver door-to-door cargo to its customers, thus leading to lower costs and optimization of the supply chain.
Rail connections on regular lines

Terminal services in Poland and in Western Europe

Intermodal freight transport – why is it worth it?

Innovative logistics processes are the basis of today’s economy. Intermodal freight transport is growing in popularity every year. Intermodal transport is being used more and more even despite the Covid-19 pandemic. According to experts, it is expected to reach a global value of $36 billion in 2026.

What is intermodal freight transport?

Intermodal freight transport is defined by two key conditions – the change of means of transport in a given supply chain and the retention of only one load unit. A single contractor with whom a single agreement is signed is responsible for the entire service.

In intermodal freight transport, goods are loaded into a container, special containers, semi-trailers or swap bodies (BDF) and are not transhipped along the entire route to their destination. The container itself may be transported by water, land or air – using at least two different modes of transport. The entire transport may be domestic, international or even intercontinental.

The simplest and most frequently used modal transport model is a combination of car and rail transport. In this case, the cargo is moved in its entirety from the semi-trailer of the truck to the cargo wagons and vice versa. Other types of intermodal include:

What are the advantages of intermodal freight transport?

The very idea of combining different modes of transport to bring goods to their destination is nothing new. However, intermodal freight transport is distinguished by the absence of transshipments along the route and the establishment of a single contractor responsible for the process. These factors translate into very tangible logistical benefits.

The main advantage of intermodal freight transport is the optimisation of the delivery process. Goods can be transported over enormous distances across national borders and the risk of damage or theft during transhipment is significantly reduced. The container is closed at the supplier’s and only opened at the recipient’s.

For entrepreneurs, this form of transport also means a significant reduction in costs. Analysts suggest up to 50% savings on long distances. At the same time, prices are stable and do not fluctuate seasonally, which makes business planning easier.

Intermodal freight transport makes it possible to carry very large loads – up to 26 tonnes in a single container. In addition, entrepreneurs benefit from the complementary nature of the service – all negotiations and document exchange take place with just one contractor. The very method of loading and unloading of goods can be adapted to individual needs.

Another very important advantage of modal transport is the limitation of environmental damage. If a container is transported by train or ferry for a significant part of the route, there is a clear reduction in CO2 emissions into the atmosphere compared to road transport alone. The eco-friendliness of transport solutions is now an important criterion in business decisions and part of the wider social responsibility of companies.

What is more, it is possible to use intermodal freight transport for so-called reverse logistics, i.e. ecological returns. The same container delivered to the recipient can be used to transport back unwanted or advertised goods, as well as hazardous waste, the disposal of which is the responsibility of the manufacturer.

Does intermodal have any drawbacks?

Intermodal freight transport also has its weaknesses and is not the best choice in every situation. It is not easy to organise – the handling of heavy containers requires the use of specialist equipment such as cranes and gantry cranes. These may be needed at the supplier, the recipient and also, for example, at smaller rail terminals.

Another disadvantage is the reduced flexibility of the service. Intermodal freight transport companies usually use fixed connections with selected carriers, which makes it difficult for them to react to accidents or changes in schedules. The transit of containers across borders is generally not fast, and can be hampered by downtime at port or rail terminals. For urgent shipments, it is worth considering other transport options.

Combining different modes of transport on the same route also limits the ability to track a shipment in real-time. The supplier usually only has access to information about the arrival of the container at one of the transshipment hubs, not its precise location. Some delivery management options may therefore be limited in this case.

Other potential disadvantages of intermodal freight transport include the limited ability to carry specific loads (e.g. live animals), the inconvenience of combining packages into a single consignment, and the inability to stagger them for different suppliers.

The national infrastructure provides a good basis for the development of intermodal freight transport. According to the Central Statistical Office, in 2020, cargo transport in Poland amounted to, respectively:

The infrastructure of rail routes, expressways, as well as land and sea terminals, combined with the convenient location in the heart of Europe and access to the sea and transit rivers, opens up extensive prospects for intermodal carriers. Analysts predict continuous and stable growth in this market sphere until at least 2030.

New companies specialising in transport combining various means of transport are being established on the domestic market. Services of the PKP Cargo Group, which realised 43% of all intermodal transports in 2020, are also a significant competition for them. Modern delivery options such as ‘door to door’ or ‘just in time’ are becoming a competitive advantage today.

Transport of the future

The role of intermodal freight transport will certainly grow in the coming decades. Increased competition in the market will further improve service quality and reduce costs, while innovative technological solutions will facilitate supply chain planning. It is not insignificant that the ever-growing e-commerce market will take on a greener, more responsible nature, while social responsibility will prompt even more representatives of various industries to pay attention to intermodal transport and its sustainable methods of handling cargo in international traffic.