Dichloropropane and its properties. Where can it be used?

Organic solvents are chemical compounds commonly used in various industrial applications. They are part of many synthetic reactions, they are reagents in extraction, and are often used in cleaning preparations because of their dissolution properties of various substances. 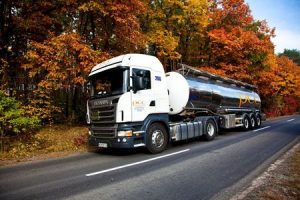 Dichloropropane (DCP) is a slightly turbid liquid with a characteristic odour similar to chloroform. It belongs to the group of volatile organic compounds (VOCs) and quickly evaporates at room temperature. Its high volatility is used primarily in the production of fumigants. DCP is also a flammable compound, therefore it has been classified as a dangerous substance. Other chemical names for this compound are DCP, 1,2-dichloropropane, propylene dichloride or propylene chloride. Dichloropropane does not occur in the natural form. It is obtained primarily in the process of producing propylene oxide.

Propylene dichloride is an excellent solvent and can successfully replace other organic substances, such as acetone, toluene and xylene. It is used in industry, inter alia, to dissolve substances difficult to remove. However, these are not all the possible applications of this chemical compound. Where else can dichloropropane be used?

Fumigants based on DCP

One of the popular applications of this compound is plant protection, and more specifically fumigants. Fumigation is one of the methods of combating harmful organisms that destroy, among others, crops. It involves the use of agents in the form of gas, steam or smoke, hence its name (word 'fumigatio' in Latin means smoking). Fumigants are used primarily as insecticides and nematicides, i.e. preparations for liquidation of nematodes.

Among the fumigants, two groups can be distinguished depending on the way they work. The first of these are compounds with high vapor pressure, which spread rapidly. They are used for fumigation of materials covered with gas-tight tarpaulins (wooden elements, sea containers, etc.) and grains stored in silos. These include compounds such as methyl bromide, hydrogen cyanide, phosphine or ethylene oxide. The second group are compounds with low vapor pressure, which are more slowly diffused, including ethylene dibromide and ethylene dichloride.

In the 1980s, dichloropropane was a popular substance used as a component of soil fumigants combined with another compound, 1,3-dichloropropene. However, its use was limited - in the USA in 1998 and in the European Union in 2003. Soil fumigants based on 1,2-DCP are still used in some Asian countries.

In the agrochemical industry, dichloropropane is also used as an insecticide ingredient. Such preparations are used to protect fruit trees against feeding insects. In addition, DCP also helps in the elimination of mould and other pathogenic fungi in crops of cereals, rapeseed, vegetables and fruits, root crops, legumes and many other agricultural crops (e.g. against fusariosis, powdery mildew, snow mould, rust and spots).

Industrial use of dipropylene chloride

Dichloropropane is used not only in the agrochemical industry but also as a means to extract oil and paraffin and to purify gasoline from lead. In addition, DCP is also an important raw material in the synthesis of various organic compounds, such as carbon tetrachloride (CCl4), propylene and tetrachlorethylene. Dichloropropane is an effective alternative to acetone, toluene and benzene, and can therefore replace these organic solvents in various applications. It is also used in the production of paints, varnishes and printing inks.

This compound is an excellent solvent, which makes it applicable in the dissolution of greases, fats, resins, asphalts and tars. Due to its strong degreasing properties, 1,2-dichloropropane is used to clean many different surfaces. For this reason, it can be used in such applications as metal cleaning, cleaning of leather in tanning and removal of stains in the textile industry.

It should be borne in mind, however, that due to the high toxicity of DCP, this compound is practically no longer used within the European Union. According to the current classification of CLP, dichloropropane belongs to harmful substances. Like many organic solvents, the product is being gradually withdrawn from use, despite its high efficiency in various applications. The reason for further legal restrictions is usually the flammability and volatility of these compounds, as well as irritation, toxic or even carcinogenic effects on humans and high harmfulness to the aquatic environment. Therefore, producers using these compounds in the production processes should be guided by caution and prudence.