Green Internet – How Do Optical Fibres Help Protect The Environment?

One area where the most can be done now to combat the climate crisis is the field of digitisation. On the one hand, the development of new technologies based on the global web makes our everyday life easier, but on the other – it contributes to emitting huge quantities of carbon dioxide and other harmful impurities. As it turns out, optical fibres render valuable assistance in the fight for clean air. They allow us not only to more effectively communicate with the surrounding world, but also make using the web much more environmentally friendly. It is therefore little wonder that the term “Green Internet” is mostly used to refer to the fibre optic technology. 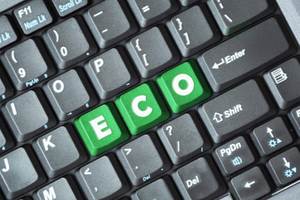 Is The Internet Eco?

According to the latest statistics, more than 4 billion people across the globe regularly use the Internet now. What percentage of us, denizens of the web, consider whether our many hours spent daily on the Internet can negatively impact the environment or air quality around us? It is certainly a low figure, since what could browsing social media, sending e-mails or binge watching Netflix possibly have to do with smog or river pollution?

As it turns out, it does, and quite a lot at that. Over the last 10 years, the number of Internet users around the world has doubled, and the time spent online is constantly increasing. It is not difficult to guess that handling such a mighty number of users requires an equally expansive infrastructure comprising millions of kilometres of cables, server rooms spanning entire hectares, and of course all sorts of network devices. Each of them uses power to function, which produces carbon dioxide, methane and many other harmful gases.

Impact of the Global Network on CO2 Emissions

Some may find it surprising, but data indicate that digital equipment is responsible for emitting about 1.5 billion tons of carbon dioxide. Global CO2 emissions are some 36 billion tons. It is easy to calculate that the Internet leaves a massive carbon footprint, responsible for about 4% of global carbon dioxide production. This is not only more than any single country in the world (except the USA, China and India), but also much more than the aerospace industry, which is often considered the main wrongdoer in terms of polluting the air with CO2 and other greenhouse gases. What Is the Carbon Footprint?

An extremely popular word in recent years, the term carbon footprint refers to the total amount of greenhouse gases emitted by a particular person, company, device or event. It includes the emissions of such substances as:

and other greenhouse gases, whose mass is expressed as tons of CO2 equivalent.

The contribution of flying aircraft in global carbon dioxide production is approximately 2.5–3% per annum, which translates to about 920 million tons of CO2. This is more than half a billion tons less than the network infrastructure generates, as its contribution to global emissions is expected to increase to 5% by 2025. It is not an accident that bytes have been termed the “new garbage”. A person working at an office “produces” 135 kg of CO2 in the span of a year. For the sake of comparison, the same amount of carbon dioxide is generated when travelling by car over a distance of more than 300 km.

We tend to be using the web longer and employing it in ever more areas of our daily lives. Should we therefore, out of care for air quality and for our planet, abandon the virtual world? As it turns out, not necessarily. Giving up traditional analog technologies (DSL, ADSL) in favour of fibre optic technologies (FTTH) fosters a significant reduction of global emissions. Why is it so important? Well, the greatest amounts of harmful gases are produced by working network equipment, such as servers, data centres, switches, routers, and other elements of the telecommunication infrastructure. Optical fibres today provide not only very fast, but also stable and interference-free data transmission. This way there is no need to use many additional devices responsible for information transfer in traditional networks. The lower scale of infrastructure utilisation results in lower electric power consumption, thus reducing the emissions of CO2, methane and other harmful pollutants. 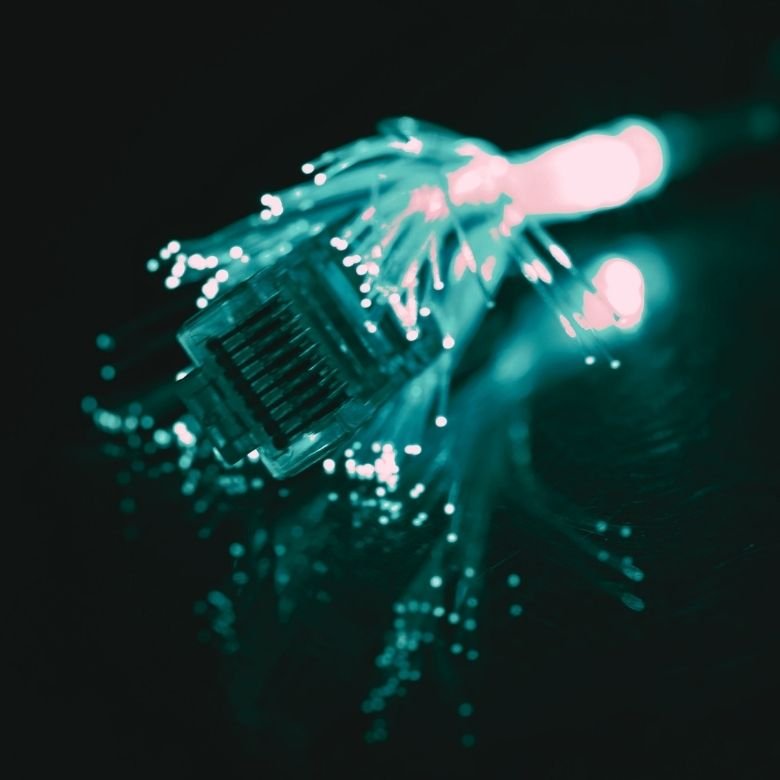 The dynamic development of FTTH technology, leading to reductions in carbon dioxide emissions, would not be possible without the right components and raw materials used to produce modern Internet infrastructure. Fibre optic cables, responsible for fast and stable information transfer, are manufactured of carefully selected optical fibres and plastics. Their technical parameters enable ultra-fast data transmission in a standard dedicated for fibre optic technology.

An example of a raw material commonly used in optical fibre manufacturing is ultra-pure silicon tetrachloride, available in the PCC Group range and employed, for example, to make fibre optic preforms. It has the form of a colourless liquid with a sharp, distinct odour, and is miscible with many substances, such as hydrochloric acid, petroleum ether, benzene, and chloroform. In addition to its common usage in the production of optical fibres, silicon tetrachloride plays a vital role in photovoltaics and the electrochemical industry.

Environmentally Friendly Web? It Must Be Fibre Optics!

The statistics and comparisons shown in this article demonstrate that using the web is not neutral for the environment, and the carbon footprint of every Internet user contributes to the high global emissions of CO2 and other harmful gases. The point is not, however, to give up modern technologies in our daily lives, but to pick the solutions that make it possible to reduce environmental pollution as much as possible. Optical fibres are one such choice, so if there is an option to connect to ultra-fast, reliable, and also environmentally friendly Internet, it is certainly worth using.

Table of Contents
Check similar articles
More from the PCC Group
Operating lifetime and disposal of solar panels
Read more
What is passive construction engineering?
Read more
Eco-Friendly Cleaning Agents
Read more
Explore the world of chemistry with the PPC Group
Chemical curiosities and product innovations from the PCC Group
Manufacturing of lubricating oils – what you should know
Read more
Colour chemistry – does colour matter?
Read more
Hand dishwashing liquids: what you need to know
Read more
Comments
Join the discussion
Cancel reply
There are no comments
Assess the usefulness of information
- (none)
Your rating
Newsletter
Stay updated