Properties of methanol and ethanol – how do they differ?

The two most basic and commonly used alcohols are indistinguishable to the naked eye. Unfortunately, this similarity can result in tragic mistakes. What properties of methanol make it particularly dangerous? Does ethanol alone pose any risk? 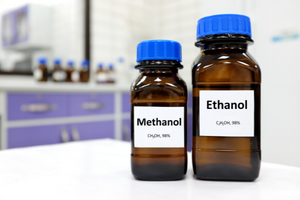 Alcohols are organic compounds containing at least one hydroxyl group bound to a saturated carbon atom. Modern chemistry knows dozens of them, but the two most important from the point of view of human use are methanol (CH3OH) and ethanol (C2H5OH). Both are colourless liquids with a characteristic pungent odour and searing taste.

Physical properties of methanol and ethanol overlap in many aspects. In addition to their physical state, colour and smell, they also include exceptionally good solubility in water – practically without limits. Both compounds also have a relatively low boiling point, respectively: 64.7°C and 78.3°C.

Both methanol and ethanol are also flammable, in any state of matter. Their combustion reactions can be complete or incomplete. In addition, they do not undergo ionic dissociation. Therefore, they have natural pH.

Although mankind has been using the properties of alcohols for thousands of years, methanol was discovered only in 1661. It was achieved by the British chemist and physicist Robert Boyle, who distilled the wood of Buxus – hence the alternative name of the compound: wood alcohol. It was only in 1834 that French researchers were able to determine the structure of the molecule. It was then that the concept of methyl alcohol was born.

From the human point of view, the two most important properties of methanol are its high toxicity and the fact that it is an excellent solvent. The first property translates into its danger of use, while the second determines its wide application.

As a poison, methanol should by no means be consumed or inhaled. Even a dose of 10 ml is metabolised to formic acid. It can destroy the optic nerve, causing permanent blindness. Further negative effects of exposure include hypoxia at the cellular level, metabolic acidosis and other disorders which may even cause death. 15 ml of pure methanol is considered a lethal dose.

For the chemical industry, however, methyl alcohol is primarily an important component of key reactions. Thanks to its easy conversion to formaldehyde, hydrocarbons and methylamine, it is used in the production of a wide range of everyday products. 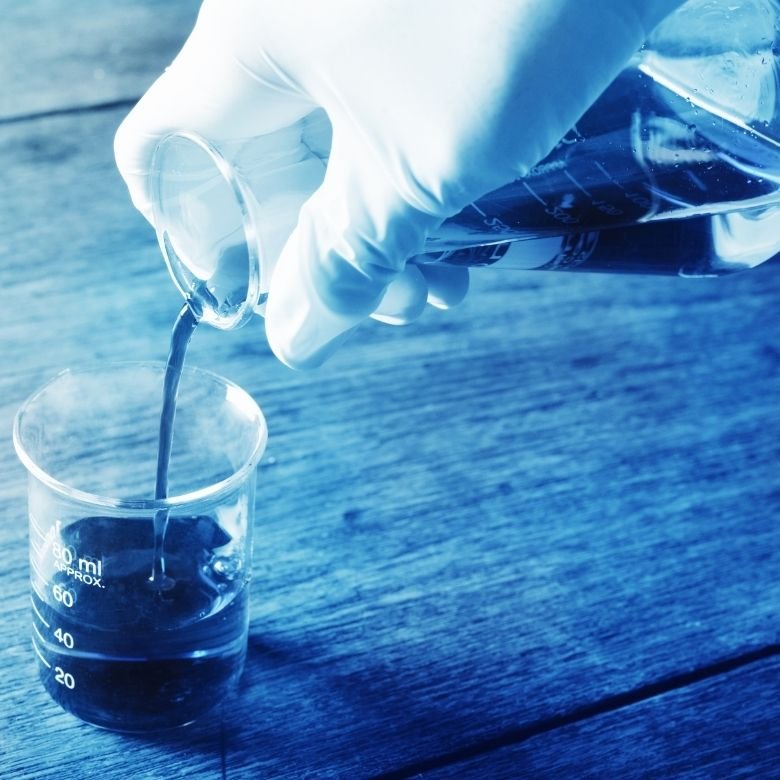 What is methanol used for?

Annually, up to 20 million tons of methanol are produced globally. The basic method of obtaining this toxic compound, however, is no longer the distillation of wood, but the hydrogenation of carbon monoxide in the presence of a catalyst. Most often, this process accompanies the production of biomass.

The unique properties of methanol are mainly applied in:

Methanol is used in the pharmacological industry, in the production of plastics and synthetic fabrics, as well as dyes, fungicides and even photographic films. As long as it is correctly labelled and responsibly used, it serves a significant economic function. Unfortunately, cases of serious methanol poisoning are still numerous.

Properties and applications of ethanol

In terms of chemical composition, ethanol is the closest cousin of methanol. It contains one carbon atom and two more hydrogen atoms in a single molecule. This seemingly small difference, however, partially changes the properties of ethyl alcohol, making it safer for humans. It is worth adding that this security can often be deceptive!

Ethanol has bactericidal and fungicidal properties, and in the appropriate concentration (minimum 70%) it also destroys viruses. Like methanol, it is an effective solvent and is involved in many important synthesis reactions. Interestingly, it is naturally produced by yeast in the process of sugar metabolism. This mechanism is used in the fermentation of beer and wine.

Apart from the production of alcoholic beverages, one of the most important fields of application of ethanol is medicine. It is primarily used to disinfect and dissolve water-insoluble medicinal substances. It is also sometimes used as an antidote for methanol poisoning.

Ethanol is also used in the production of automotive and rocket fuel, fuel cells, as well as solvents, paints, markers and personal care products. It enables effective extraction of oils from natural raw materials, e.g. hemp. In laboratories, it is used to lower the temperature of the substances used. 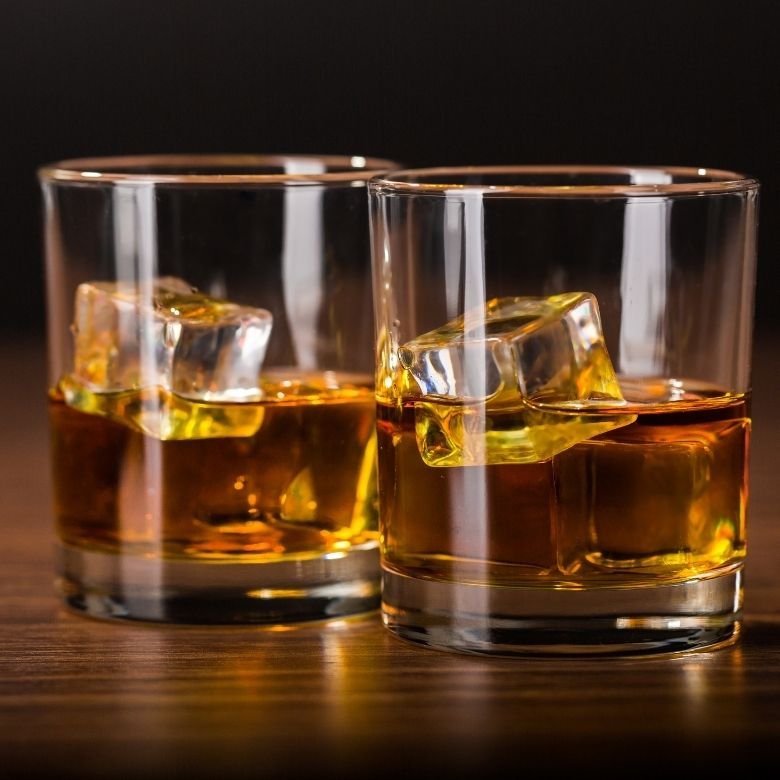 The influence of ethanol on human health

Unfortunately, although it is not toxic like methanol, ethyl alcohol actually causes more deaths each year. Consumed in the form of beverages such as beer, wine and vodka, it is the cause of up to 20% of tragic road accidents. In addition, it is related with other serious injuries, suicides, and severe diseases.

It is the psychoactive properties of ethanol that are primarily responsible for the negative effects of alcohol consumption. As a substance that inhibits the central nervous system, on the one hand, it provides a sense of relaxation, and on the other hand – causes balance disorders, slowing down reflexes and dehydration. It also decreases concentration, weakens memory, and in large amounts leads to poisoning.

In the long term, ethanol is addictive and leads to the development of depression, social pathologies and crime. The World Health Organization has also included it on the list of carcinogenic substances for humans. Alcohol consumption increases the risk of developing esophageal, stomach, colon, pancreas and liver cancer.

Methanol and ethanol are among the key chemical raw materials in the modern world. Their potential and versatile properties should not, however, overshadow the serious danger resulting from their negative impact on human health!

Table of Contents
Check similar articles
More from the PCC Group
What are the properties and applications of formic acid?
Read more
What is the ionic dissociation of acids?
Read more
Advantages of rail transport
Read more
Explore the world of green chemistry with the PCC Group
Read more on the PCC GREENLINE® blog
Are electric cars eco-friendly?
Read more
What is carbon footprint and how can we reduce it?
Read more
The effect of carbon dioxide on plant life
Read more
Comments
Join the discussion
Cancel reply
There are no comments
Assess the usefulness of information
- (none)
Your rating
Newsletter
Stay updated