Knowledge base Markets and applications

Adhesives are a group of substances that allow you to bind together different materials and surfaces, making them impossible to separate. They belong to the group of materials which modify the glued surface, the most important feature of which is to increase adhesion. 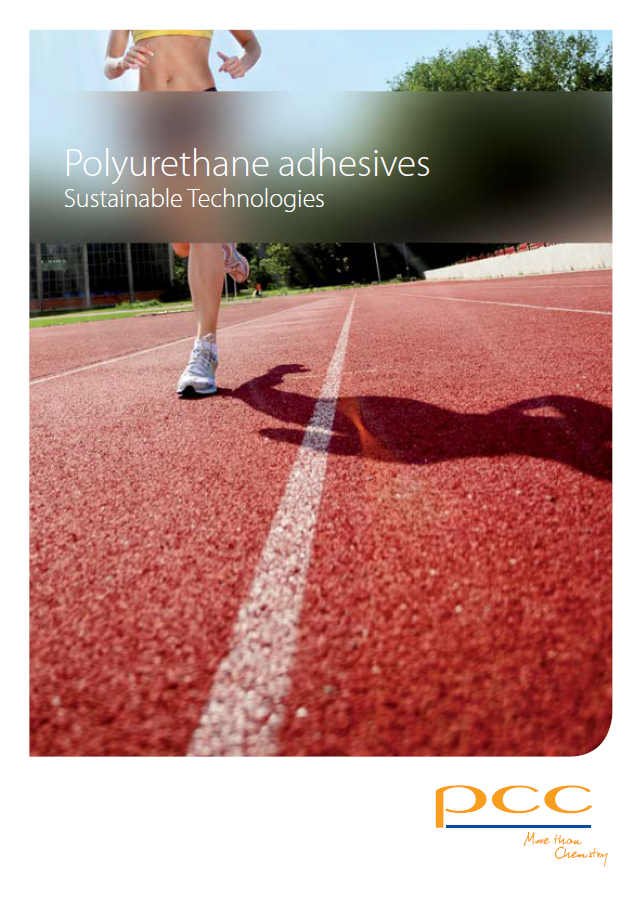 Depending on the material we want to bind, we can use a wide range of adhesives, which can be divided into different categories, taking into account appearance, adhesion, strength, and chemical structure. For the production of glue, various additives can be used to improve its adhesive properties, accelerate curing or reduce viscosity.

Adhesive substances are usually in liquid form. However, you can also find a solid form, e.g. powder, pearls, sticks or cartridges, forming a weld after melting. Its strength depends on several factors: cohesion, adhesion, shape and thickness of the adhesive layer, as well as on the so-called depth of penetration of the material by an adhesive substance. The most important is the adhesion and cohesion that affect the type and strength of the chemical interaction of the adhesive with the bonded surfaces, as well as the mechanical strength of the adhesive layer itself. Adequate selection of glue for the type and size of materials that are to be bonded makes it relatively easy to glue them together.

The most significant advantages of using adhesive substances in comparison to other material joining techniques (e.g. thermal bonding, mechanical fastening) include the ability to efficiently distribute stresses throughout the joint. Other benefits include improved joint aesthetics and low mechanization costs for such a process.

Methods for preparing the surface before gluing

In order to create a durable weld, it is very important to properly prepare the surface before applying the adhesive. There are several basic methods of cleaning the surface, such as chemical treatment, abrasive cleaning, degreasing, varnishing or so-called activating surfaces (mainly used for plastics). One of the basic substances used for this purpose is hydrochloric acid, which is used in this application mainly as a degreaser for the surface.

In the case of inadequate surface preparation, peeling of the adhesive joint may occur, which is influenced by adhesion and cohesion forces, causing cracks either inside the joint or at the point of joining the adhesive with another surface. Other factors such as light, heat, mechanical stresses or the dissolution of the adhesive may also adversely affect adhesive bond strength.

Adhesives can be categorised according to the type of material joining method. The basic criterion is whether a given compound chemically reacts with the materials and causes the entire weld to harden, thereby significantly increasing its mechanical strength. Another criterion is the type of raw material used. In this case, we deal with glues of natural origin (e.g. plant and animal glues that are used, among others, in the paper and textile industries) or synthetic ones, which have the largest spectrum of applications. We can distinguish many types of synthetic adhesives, such as, for example, cyanoacrylates (colloquially known as “Superglue”), acrylic adhesives, polyurethane, amine, epoxy, silicone and many others.

Cyanoacrylate adhesives have existed in the industrial market since the 1990s. Their wide application is due to ease of application, rapid hardening at room temperature, heat resistance and many solvents, as well as strong binding properties of virtually any material.

The production of this adhesive, although is simple in theory, in practice causes some difficulties. Raw materials, i.e. alkyl cyanoacrylate and formaldehyde, are condensed in the presence of an alkaline catalyst. The obtained polymer is then thoroughly dried and thus deprived of the solvent. The main difficulty in this process is the tendency of the monomer to spontaneously polymerize, which affects the drying and further processing of the polymer.

The basic raw materials for the production of acrylic adhesives are acrylic and methacrylic acids and their derivatives based on esters. Other compounds, such as, for example, methyl methacrylate, are usually used only as auxiliary monomers. Thanks to the appropriate selection of polymers and monomers as well as the conditions of the polymerization process, a huge palette of acrylic compounds with adhesive properties can be obtained. Acrylic adhesives usually contain a special activator in their composition, which initiates the curing process.

Polyurethane adhesives are characterized by excellent adhesion to smooth and porous surfaces, due to which they effectively bind various materials, such as wood, paper, cardboard, sandwich panels. They can also be used in the construction industry for bonding concrete or sheet metal. Welds made with the use of polyurethane adhesives are characterized by excellent durability, also at low temperatures, high flexibility and water resistance.

Silicone adhesives are an irreplaceable material used in construction, mainly for the purpose of aesthetic finishing of rooms. They are characterized by excellent flexibility and adhesion to many types of substrates. They prevent material consumption by distributing loads evenly, and reduce production costs, replacing traditionally used mechanical joints, such as screws.

Silicone adhesives are extremely versatile. They allow you to bind together a variety of materials, such as metals with plastics or glass. Silicone adhesives are mainly organosilicon compounds produced from sand with gel consistency. One of the main components of high quality silicone adhesives is water glass, which is formed in the reaction of silica with sodium hydroxide. Silicones, due to their properties, have effectively replaced window putty and various woodwork seals.

Epoxy adhesives, due to their strength and excellent adhesion to many surfaces, belong to the group of universal adhesive products with numerous applications. One of the main components of these adhesives is nonylphenol produced by the PCC Group. It is a mixture of isomers containing mainly p-nonylphenol. Nonylphenol plays the role of an intermediate in many production processes.

The PCC Group’s offer for the adhesive industry

The PCC Group is a producer of a wide range of polyether polyols (Rokopol® series) that can be used for the production of prepolymers, often referred to as one-component adhesives. They are a part of the polyol component in polyurethane two-component adhesives and can also be found in sealants and elastomers. In the production of polyurethane materials, various substances modifying their properties are also used, including phosphorus flame retardants, available in the offer as products of the Roflam series, and Rostabil thermal stabilizers.

Polyurethane adhesives are used in many industries, including mining, construction, automotive and furniture. In mines, cracked orogens are sealed through the use of PUR. In addition, this glue seals cracked building constructions and strengthens heavily loosened rocks and coal-seams. This minimizes the risks associated with mining operations carried out in the mines. The products of the Promopur and Promostat series are dedicated for the mining industry.

An important group of polyurethane adhesives are products intended for the building of sports surfaces, such as the Active Play series. By combining a rubber granulate with a suitable glue, you get a uniform, jointless surface that can be used on tennis courts, playgrounds, sports fields as well as in gyms and fitness clubs. Surfaces created in this way have a high degree of flexibility, resilience and shock absorbing qualities due to the effective absorption of energy.

The future of the adhesive industry

Continuously growing car production and demand for packaging materials has brought substantial development of the adhesive sector. Such an increase has resulted mainly from modern automotive trends, in which welding works (in order to assemble the engine parts) are gradually being replaced by the use of high quality adhesives and sealants. The second driving force behind this industry is the steady increase in infrastructure activity. Rapid urbanization and the growing population in developing countries have resulted in the wider use of high-quality adhesives in the construction sector. An important trend in this industry is also the construction of energy-efficient houses, where the installation of insulation systems using, among others, adhesives, is crucial in order to ensure proper thermal insulation of the building. The use of modern adhesives is increasing also in the dynamically developing electronic industry, among others in the production of smartphones, tablets, laptops and various gadgets and accessories.

Rostabil TPP Rostabil TPP is an aryl phosphite in the form of a clear liquid with a characteristic, delicate fragrance....
Ekoprodur® 1331B2 Polyurethane system Ready to use EKOPRODUR 1331B2 is a two-component polyurethane adhesive (PUR) consisting of a polyol mixture (component...
Rokryl KSP Rokryl KSP is an aqueous dispersion of acrylic-styrene copolymer with a solid content of about 50% by...
Active Play AS H 8014 (Polyurethane adhesive) Ready to use Active Play AS H 8014 is a one-component polyurethane adhesive based on MDI mixture with medium functionality...
Roflam 6 Roflam 6 is a reactive halogen-free flame retardant intended for plastics. The product inhibits the solid-phase...
Rokopol® LDB18000D (Polypropylene glycol) Rokopol® LDB18000D is a specialized high molecular weight diol (PPG) used for the production of silylated...
See all products in this category
Check similar articles
More from the PCC Group
CASE
See all products in this category

Products dedicated to this industry include one- and two-component polyurethane systems, process modifiers, hardeners, acrylic monomers, special additives and many others.

Read more
Fuel industry
See all products in this category

Fuels from oil processing are crucial for all aspects of modern industrial society. In addition, the products of the fuel industry play the role of raw materials for the preparation of various chemical products.

Crude oil, also known as black gold, is one of the most desirable natural resources. A wide range of products is created from it, starting from gas, petrol, kerosene, diesel oil and ending up on asphalt.