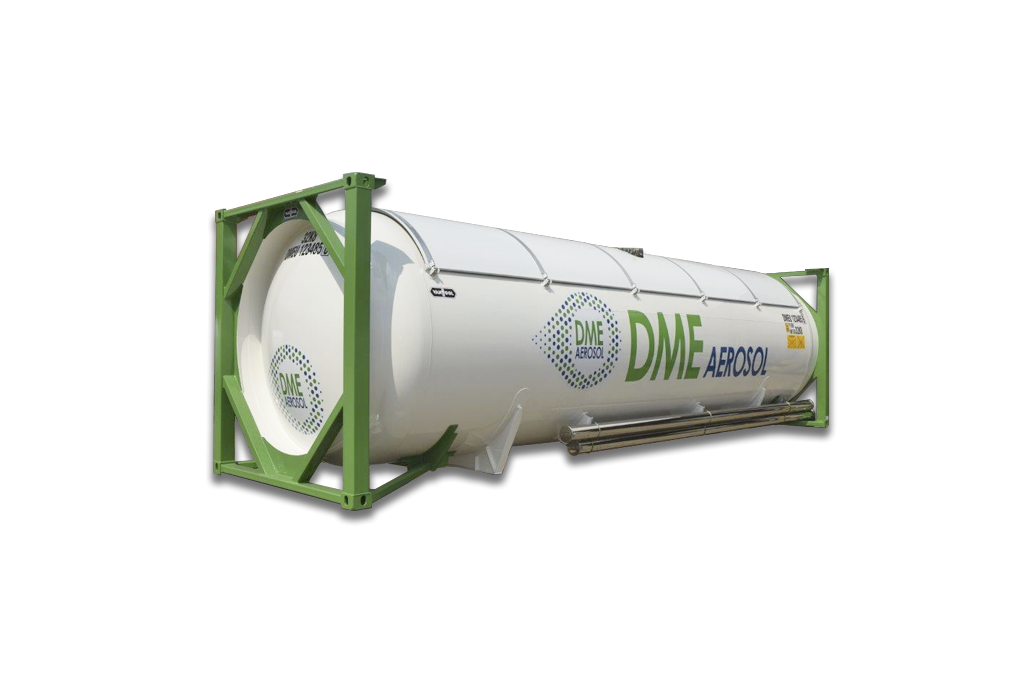 Dimethyl ether is an organic compound  from the group of ethers. It is a colourless gas with a characteristic odour, moderately soluble in water. The product in aerosol is used as a propellant (factor for discharging content). It is used instead of the previously applied CFCs, as it has no harmful effect on the ozone layer. The product is therefore environmentally friendly. DME in the aerosol present in a concentration of not less than 99.99%. It is produced in the dehydration of methanol followed by DME rectification.

Dimethyl ether has a good miscibility with water and the ability to dissolve polymers. It is also compatible with other solvents and propellants. Very high solubility of the product makes it popular as a propellant in spray paints. It improves their properties and facilitates application onto various surfaces.

DME is one of the most popular propellants, which are also used in the production of polyurethane foams. Its undoubted advantage in this application is the ability to simultaneously pump the propellant and solvent, which reduces and streamlines the production process.

Dimethyl ether as a mixture with ammonia (mass ratio of 40%/60%) may be used in freezing devices. The refrigerant is called R723. The use of such a mixture increases the efficiency of cooling devices. Mineral oil has a limited solubility in R723 mixture and is capable of operating with copper. These properties allow engineers to create a device with a low yield, but more effective than those that operate with currently manufactured refrigerants. By replacing 40% of ammonia with dimethyl ether in the existing refrigeration equipment, you can limit the ammonia content without sacrificing performance of the devices.

ROKAmer 2400 ROKAmer 2400 belongs to the group of non-ionic block copolymers of ethylene oxide and propylene oxide (ROKAmers). ROKAmer 2400 is among products with low-foaming...
Composition
EO/PO block copolymers
CAS No.
9003-11-6
ROKAfenol N8P14 ROKAfenol N8P14 is a non-ionic surfactant belonging to the group of alkoxylated nonylphenols. It has a form of opalescent, cloudy or clear, oily liquid of straw...
Composition
Alkoxylated nonylphenols
CAS No.
37251-69-7
MPEG 1000 MPEG 1000 is a high molecular weight product that belongs to methoxy polyoxyethylene glycols. The product is intended mainly for the construction industry. The average...
Composition
Methoxy polyethylene glycols
CAS No.
9004-74-4