Which plastics are recyclable? Learn about the symbols and markings of plastics.

Plastics constitute one of the most important and most commonly used groups of resources and materials in industry. They are used in practically every branch of industry, and the annual global production of plastics amounts to over 300 million tons. Popularly referred to as “plastic”, despite their many benefits, they also carry environmental hazards. Therefore, as part of pro-environmental activities, plastics are being segregated and recycled. In order to facilitate these processes, appropriate labels have been introduced to inform the consumer what the product is made of. Thanks to such labels, it is possible to consciously choose goods that are safer for people and the environment. What do these symbols look like and what exactly do they mean? You can find it out in this article. 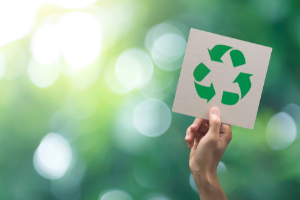 The intensive development of plastics began in the mid-nineteenth century. Celluloid is considered to be the first plastic invented. Despite the fact that it was important for industry at that time, it had some drawbacks – it was poorly resistant to external factors (light, chemicals). It was also flammable. One of the first plastics manufactured and applied on a mass scale was bakelite based on phenol-formaldehyde resin. It was invented at the beginning of the 20th century by a Belgian scientist living in the USA, Leo Hendrik Baekeland. Bakelite gained significant popularity due to its properties – the material is non-flammable and does not melt or dissolve. It is a poor conductor of heat and electricity. It was extensively applied in most industries. It was used to produce, for example, telephones, ignition devices, dryers, radios and insulators in the electrotechnical industry. Since that time, we have witnessed a rapid development of plastics. Many completely new materials have been invented and the existing ones improved. As a result, plastics have become extremely popular materials, often replacing other, “classic” resources, such as metal and wood. 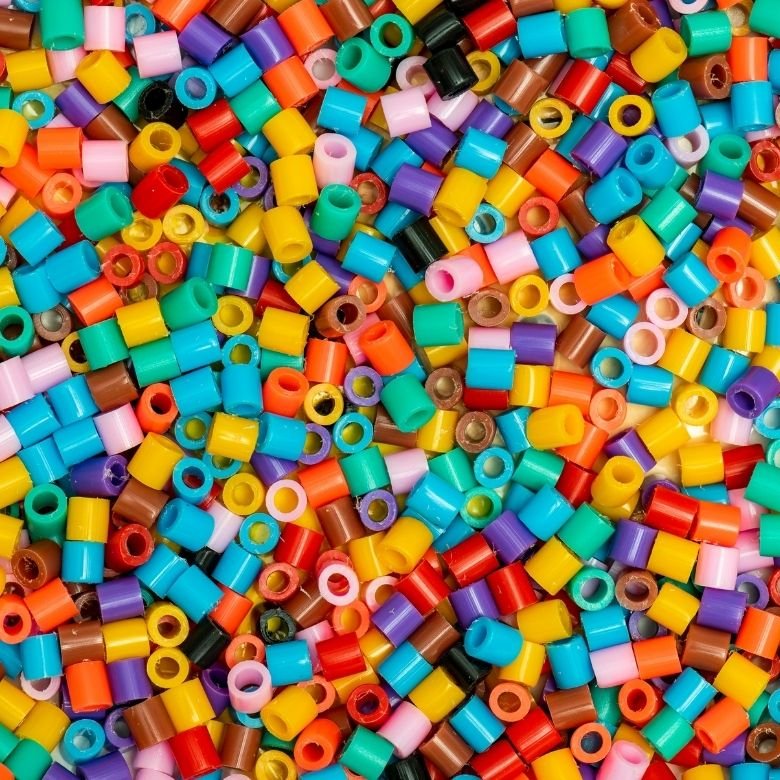 Plastics, despite their many advantages resulting from their properties, can also be dangerous for the environment. The use of plastic is constantly increasing. It is estimated that its annual global production is over 300 million tons, and about 40% of plastic items are disposable products. Immediately after use, they end up as garbage polluting our environment. Plastic waste biodegradation may take from several hundred to over a thousand years. Some of it does not decompose at all. For this reason, the European Parliament and the Council of the European Union have adopted a directive that prohibits the marketing of 10 disposable products made of plastic. This group includes, among others, plastic trays, cutlery, cups and straws. Due to the progressing climate change and the growing threat to the environment, the development of technologies enabling the reprocessing and safe utilisation of plastics has begun. Plastic materials are commonly referred to as plastic. Despite the common designation, there are significant differences between individual types of plastic materials. For this reason, 7 respective indications have been introduced on plastic packaging, informing about what material they were made of. The pictograms are presented and explained below:

PET/PETE, or poly(ethylene terephthalate), is one of the most commonly used plastics. A large proportion of beverage bottles and disposable tableware is made of this material. Currently, its recycling consists in grinding it into granules, which can be used to manufacture the above-mentioned products again. The decomposition time of a PET bottle is estimated to last from 100 to as long as 1000 years. The search for organisms that can biodegrade PET is ongoing.

HDPE, or high-density polyethylene, is a polymer used in the production of bottles, caps and food packaging film. HDPE is considered to be one of the safest plastics for humans. Items made of this material can be used for a long time. Recycling of HDPE, like PET, involves grinding it into granules, which are properly prepared for re-use in production processes.

V/PVC is poly(vinyl chloride). This material is used, among other things, in plastic door and window profiles, cable insulation, and packaging. PVC is a reusable plastic. It is recycled in a similar way to PET and HDPE.

LDPE, i.e., low-density polyethylene, is most often used in the production of film due to its flexibility even at low temperatures (down to -60°C). LDPE waste is processed in the same way as PET, HDPE and PVC.

PP stands for polypropylene. This polymer, together with polyethylene derivatives, is the most widely used plastic. It is used in virtually every industry. It is considered to be one of the least harmful to human health. PP is easily recyclable thanks to being a thermoplastic. By using the process of melting at a very high temperature, it is possible to easily form polypropylene into a new product, such as packaging. It is also recyclable through grinding into fine granules that are then used to manufacture new products.

PS, i.e. polystyrene, often occurs in a foamed form that we know as polystyrene – one of the most popular materials used as insulation. Properly processed polystyrene can also be used to make cutlery and disposable tableware. It is recyclable.

Other – this indication is used for plastics other than the ones mentioned above. This group includes materials that are either completely safe for humans or may release toxic compounds under certain conditions (e.g. high temperature). Due to the fact that the type of material used in the production of goods marked with this symbol is unknown, its recycling is also difficult.

One of the greatest challenges of today

Due to the enormous scale of production and the wide range of applications, the complete elimination of plastic is currently out of the question. However, its quantity can be reduced by replacing more harmful materials with materials that are safer and more easily biodegradable. Recycling is a very important aspect in reducing the amount of plastic materials introduced into the environment. It is also important to properly label products made of plastic. It helps consumers to make informed choices regarding the level of harmfulness of packaging and other products to the environment and human health. Appropriate labelling also facilitates sorting, storage and recycling of plastic waste in specially designated places. Properly segregated plastic waste is also an excellent material to use in the upcycling process, which you can learn more about from the article “Upcycling – a higher form of recycling”, available on our blog. More and more plastics designed to biodegrade quickly are being developed (often in less than a year). For the sake of the environment, the PCC Group has expanded its offer with such products as ROSULfan A MB, ROKAmid KAD MB and EXOstat 187, which can be used in the production processes of plastic materials in order to provide them with the desired properties, and they are also distinguished by their ecological properties. More products intended for the plastic industry can be found on the PCC Group Product Portal.

Table of Contents
Check similar articles
More from the PCC Group
Eco-washing, a way to care for the environment every day
Read more
Biodiversity under threat
Read more
Petroleum – liquid treasure or danger?
Read more
Explore the world of chemistry with the PPC Group
Chemical curiosities and product innovations from the PCC Group
What is aqua regia and what is it used for?
Read more
What are noble gases and what are they used for?
Read more
Aluminium hydroxide: how it is obtained, and what properties and uses it has
Read more
Comments
Join the discussion
Cancel reply
There are no comments
Assess the usefulness of information
- (none)
Your rating
Newsletter
Stay updated