High quality fuels – protection and power for the engine

Manufacturers tempt us with more expensive counterparts of fuels, at the same time ensuring about their better parameters or reduced combustion. In fact, most of them purchases fuel from Polish distributors, thus lowering the costs associated, for example, with its transport. 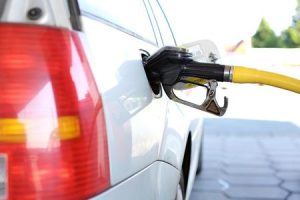 Since fuels from different petrol stations come from the same local suppliers, is there any sense in buying their more expensive counterparts? The answer to this question is relatively simple. Yes, because these fuels differ in the groups of specialist additives that are added to them by individual concerns, as well as in fuel chemistry used in refining. Is it really worth investing in more expensive high-octane fuels? Do fuel additives effectively protect the engine and can guarantee increased power and efficiency? In this article, we will try to answer these questions.

Depending on the type of fuel used, it is crucial to choose the right additives. Due to the difference in the combustion temperature, gasoline will require different modifiers than diesel. Of course, there are also additives for fuels, which are applied to both types, while fulfilling similar functions. An interesting fact is that oil fuel commonly used in aviation usually does not require the use of any additives and refining processes.

Extremely widely used group of gasoline additives are oxidation inhibitors. They are added to counteract the oxidation of fuel during its storage. This process is extremely undesirable because it leads to deterioration of the fuel’s properties by lowering its octane number.

The second important group of additives are dispersing and emulsifying compounds. Their task is to maintain sediments and corrosion products in the form of dispersions. The products from the ROKAmer series are perfect for this role. They are non-ionic surfactants that can act as dispersants, emulsifiers and cleaning agents. Thanks to the use of ROKAmers, it is possible to remove deposits created in the intake ducts as well as injectors. In addition, these products are characterized by excellent anti-foaming properties, which is an extremely desirable feature when transporting and pumping fuel.

Another important group of additives added to gasolines are demulsifiers. They enable the separation of water from gasoline in the tank, which is especially important when pumping fuel.

In addition to the additives mentioned above, also lubricants and corrosion inhibitors are often used. The first group can reduce the degradation of fuel pump components thanks to providing proper lubrication to gasoline. Moreover, corrosion inhibitors form a protective barrier, preventing the influence of corrosive agents.

Diesel fuel, like gasoline, also requires the use of a number of improvers. Most of them have similar functions as in the case of gasoline. However, key additives for diesel oil are depressants, anti-foam and anti-electrostatic agents as well as cetane number modifiers.

The use of depressants, also known as anti-gels, is extremely important, especially in winter. They lower the temperature of cold filter blocking and the cloud point of diesel oil.

In turn, anti-foaming agents are designed to prevent the formation of foam during the preparation of fuel and filling of tanks. The ROKAmer products mentioned before will work well for this purpose. They help to reduce the foaming of diesel fuel during pumping, which can cause leaks. In addition, ROKAmers allow to reduce the surface tension between liquid and air, thanks to which they improve foam drainage, therefore reducing the foam.

Cetane modifiers are designed to shorten the ignition delay period and increase the burning rate. The most commonly used agents for increasing the cetane number are 2-ethylhexyl nitrate (EHN) and di-tert-butyl peroxide (DTBP).

The last group of additives are anti-electrostatics, which increase the electrical conductivity of diesel fuel, resulting in a reduction of the risk of a fire explosion.

The service life of engines is affected not only by fuel and refining preparations, but also by substances used in the production of oils and lubricants. In this case, dodecylphenol is worth mentioning. It is a substance that is an intermediate in the production of oils and lubricants. With the addition of a divalent calcium, barium or magnesium cation, the process of further sulphurization allows to produce phenolates with cleansing and antioxidant properties. Propoxylated dodecylphenol, available as Petrotex DF30, is an additive commonly used in motor fuels. It prevents accumulation of valve deposits and at the same time guarantees their low level in the combustion chamber. In turn, ABS acid (Dodecylobenzene Sulfonic Acid) due to its excellent dispersing, emulsifying, wetting and foaming properties is often used in the metal cleaning process in the fuel industry. Also, hydrochloric acid with a concentration of 33-35% is applicable both in the production of oils and biofuels, as well as for the cleaning of metal surfaces.

Fuel additives – is it worth it?

Is it worth investing in refined fuels? Definitely yes. Synthetic fuel additives not only keep the engine in excellent condition, but also support its function in difficult weather conditions. Diesel depressors, popular among diesels, increase the fluidity of diesel oil at low temperatures, and thus prevent the filter and fuel lines from becoming blocked. Gasoline additives cover the walls of the valve seats with a protective layer and cover them against overuse. Functional preparations that have a cleansing effect, remove deposits that accumulate in engines and eliminate “damage” caused by the refuelling of low quality fuels. There is also a whole range of different preparations supporting specific functions: DPD filters that lower the temperature of soot oxidation, preparations that prevent “aging” of gasoline for cars with LPG, or those that improve fuel quality in general. The latter bind water and clean the fuel system, therefore affecting the economy of driving.

Using the cheapest fuels for engine and cyclically “investing” in dedicated protective preparations certainly makes sense from an economic point of view. From the perspective of engine protection and care for the long life of components, refuelling with fuel of better quality is definitely better. Appropriate refinement preparations, of course, will not allow a 20-year-old motor achieve the performance of a new car. On the other hand, we can’t expect spectacular results in newer units either. But it is certain that the use of high quality fuels ensures trouble-free operation of the drive unit with low emissions for many years.

Check similar articles
More from the PCC Group
Sulfuric acid - corrosive blood of the industry
Read more
Which chemicals should be used to effectively extinguish fires?
Read more
Synthetic SLES as an alternative to oleochemical-based raw materials
Read more
Explore the world of green chemistry with the PCC Group
Read more on the GREENLINE™ blog
Energy from the earth
Read more
Liquid energy
Read more
The wind and a windmill – a couple of the future
Read more
Comments
Join the discussion
Cancel reply
There are no comments
Assess the usefulness of information
- (none)
Your rating
Close